When Bands You Love Change

It’s happened to us all, hasn’t it? You find a band you love, a band you talk up to everyone you know and support loudly and proudly…and then they change completely. And it’s not a change that you totally love. 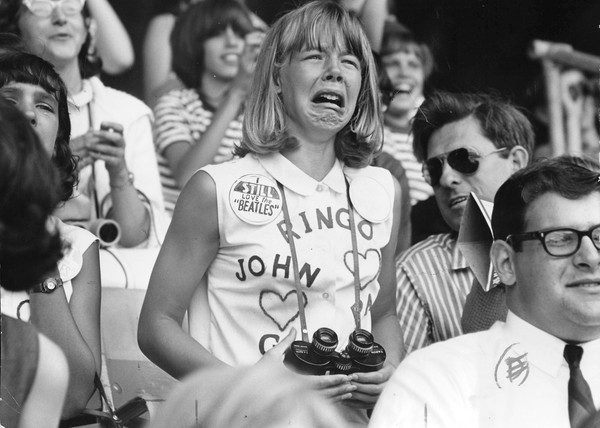 This girl just found out Ringo was putting out an experimental rap album.

Now you’ve got a couple options:

To be fair, it’s not always a bad thing. I never liked Bring Me The Horizon in the early days. It wasn’t my style of music and I couldn’t get past the sound to appreciate the lyrics. I’m super basic and jumped on board with Sempiternal. As of about 4 weeks ago, “That’s The Spirit” violently threw itself into my top albums of all time. Sometimes, change is good.

Then, you have The 1975’s new track “Love Me“. I don’t know how I feel about it. I’m gonna have to listen to it in the car to get a true assessment of my feelings. I think it might grow on me a bit…but still, I loved the lyrical content and sound from before and am really going to miss it. Even if I do end up liking their new direction, I’m going to be sad that I won’t have new songs that are similar to what I love. I imagine this is how original BMTH fans feel about their last 2 records.

At the other end of the spectrum from BMTH, you have…more bands than I wish I had there. All Time Low, Panic! At The Disco, Down With Webster, Fall Out Boy…all bands that I still support in some way, shape, or form that haven’t put out an album that I’ve truly loved in a while. I’ll still go to shows or buy their albums; I just will never get that same euphoric feeling like I did during the good days.

In the end, I guess it just comes down to which response works best for you. I wish you luck though, and I hope your favourite band never abandons you by accident by putting out what they like (which is perfectly respectable and in no way something I find issue with) and leaves behind what drew you in.

Which band broke your heart?