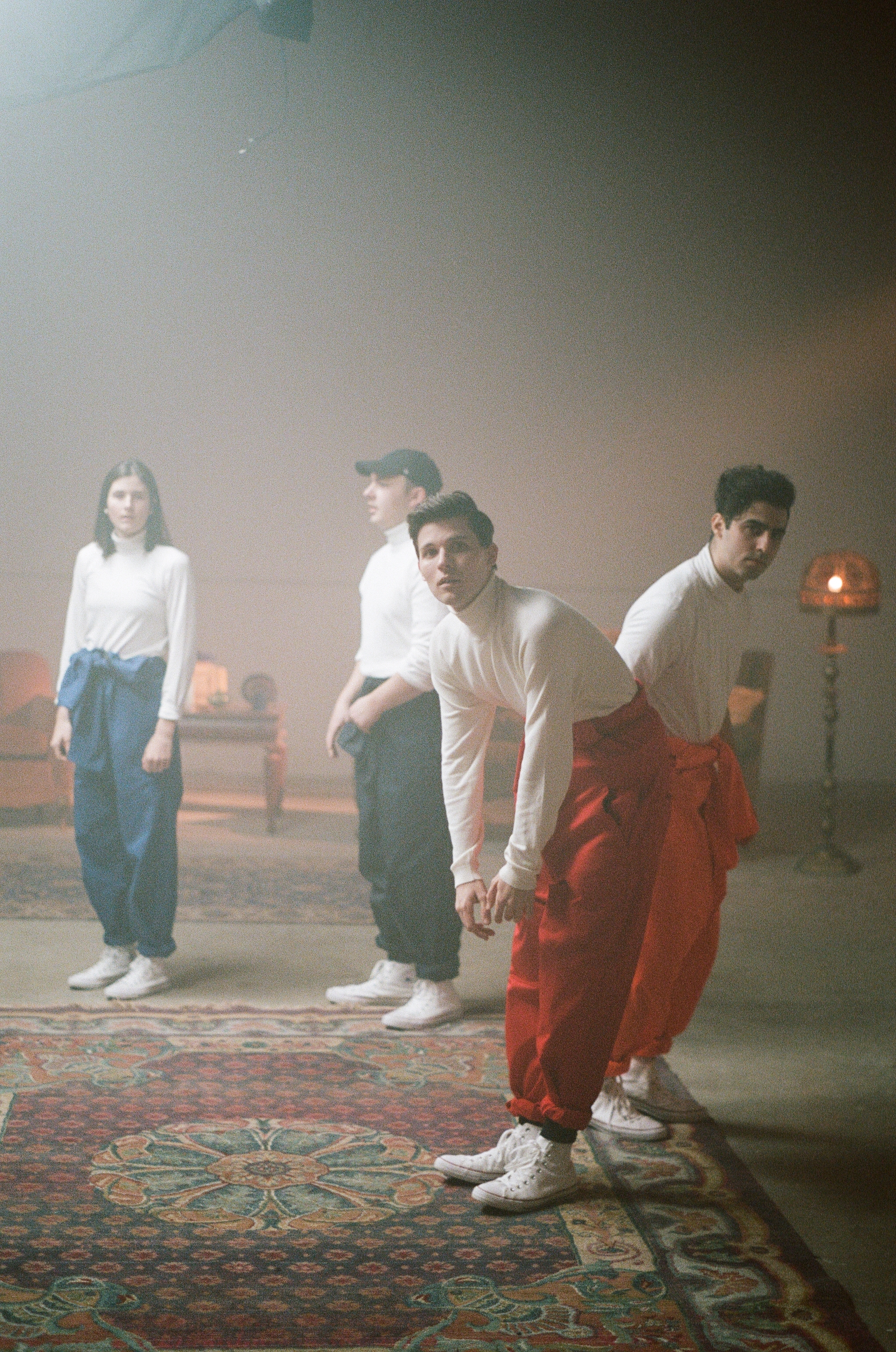 Valley is one of my favourite live bands right now. They just wrapped up a huge tour with Lennon Stella, dropped their new single “Park Bench” (their best song yet), and announced their Maybe: Side B EP will be released on June 7th. In September, I saw them play a showcase at the Rivoli… and their upwards trajectory since then has been mindbogglingly fast.

I think the best part about this new track dropping is that… I didn’t realize it was already my favourite song? They’ve been performing this one since the first time I saw them, but I could never find it on Spotify. I thought maybe I was just dumber than I realized. And then I listened to it Friday at midnight and had a BRAIN BLAST.

I’m so excited to finally have this song on my phone. It’s peak Valley and brings some of their live show energy into my day to day life. I had a chance to ask them a few questions about their new music, touring, and what’s next for them… and god, am I ever glad they use as many exclamation points as I do. ANGELS!

If you haven’t gotten to know Valley yet, you can learn a little more about them below before listening to “Park Bench” on a loop for the rest of the day/week/life (and you can discover more amazing Ontario bands here too!)

P.S. – The video for this track just dropped as well (you can watch it below!) and like… just watching it makes me tired. Did I have this much energy at 23? I can’t remember.

I love the story of how y’all met and became one band by a twist of fate. Have you experienced any other twists of fate on the journey since?

Alex: We’ve had a lot of serendipitous encounters along the way that have steered our career in the right direction, even helping get us a tour! We’ve also had a lot of luck with playlisting on Spotify. That specifically helped grow our career in ways we never thought it could! We’re super thankful and consider ourselves super lucky for having so many inspiring people around us!

You just got home from a tour with the amazing Lennon Stella, and I can only imagine who you’ll be touring with in the future. Any requests? (besides The Maine because… I already know)

Rob: The Love, Me tour was definitely a highlight. We still can’t believe that happened haha.

I mean there’s so many dream tours — Coldplay, Haim, Fleetwood Mac and Ariana Grande to name a few!! Also loving Wallows and Hippo Campus lately!! Too many! And yes of course The Maine!! High-school dream come true!

You put on an INCREDIBLE live show, and it’s nearly impossible to not dance during your set. What’s the song that you find gets the best crowd reaction?

Rob: Thank you so much!! We’ve definitely been working a ton on making the live show as energetic as it can be without burning ourselves out!! So glad it’s working! Lately I think it’s been “Park Bench” our closer! That song I also just get to run around stage and jump into the crowd like a monkey! It’s good fun. Plus we get the crowd to hum along with us!! Bonus!!

This EP is “Side B” to the first Maybe EP released last year. Are they two separate entities or should they be heard back to back in order?

Rob: Definitely. So Maybe was written as a full record. We just really wanted to test the release plan this time around and figure out a way where listeners have time to really invest in it properly. It’s very much connected! In the end, Maybe becomes one record on Spotify and all streaming platforms. It has a specific flow, we intentionally stitched a lot of the tracks together. It’s a long record for sure and doesn’t just end at Side B, but you didn’t hear that from us!!!

What’s next for Valley this year? What should we be looking forward to?

Rob: We have lots more music left to release which is super exciting!! We’re also dropping a music video for “Park Bench” next week which we’re super proud of! We got to dance in it!! Can’t wait for everyone to see it. Besides that, we’re gonna write a bunch this summer and go on tour in the fall. 🙂 We’ll be announcing some big news soon!