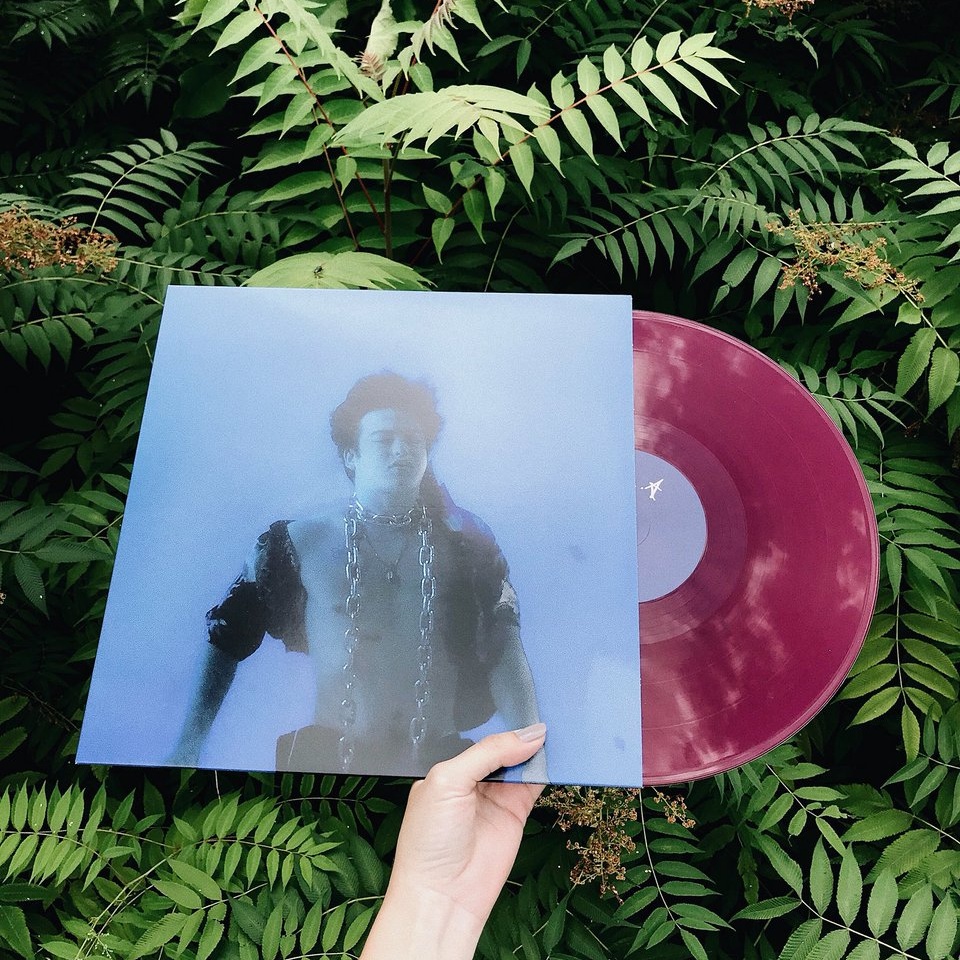 So here’s the thing. I already made a video about my top albums of 2018. I kind of thought I wouldn’t need to make a post too. And then I immediately realized I forgot at least FOUR of my favourite albums.

So for the sake of ending 2018 by taking responsibility for my idiot mistakes and fixing them, here is the official Paige Backstage Top Albums of 2018 (It’s Longer Now).

Literally when has Allie X ever released anything that I haven’t loved? Hasn’t happened yet, doubt it ever will. Nobody makes stunning pop music the way she does. What a star.

ummmmmm *whispering* Alexa please play “pete davidson” but don’t tell Ariana how much I still love this song thanks?? I feel like her next album is going to be even better, but this one was the girl power album I needed this year.

Bearings – Blue In The Dark

Nothing warms my heart more than when I find a band I love and they’re Canadian. This album is truly a masterpiece. I thought their EP was good but this… *sighs* wow. There was a void in my heart that I didn’t know was there, and Bearings filled it.

I don’t know if anything is ever going to live up to Be Nothing in my mind, but this album is damn good. I think this one takes a little longer to absorb because it’s darker & heavier to process. Take your time with it, it’s worth the emotional attack the album sends your way.

Can’t Swim – This Too Won’t Pass

I love Can’t Swim and I have since their first EP dropped. Death Deserves A Name was so perfect for me, and the debut album didn’t quite live up to my expectations. It was great, don’t get me wrong, it just… I don’t know how to explain it. But whatever it was that felt missing for me came back with a vengence on the new album and I’m so glad it did.

Probably the best rock n roll record of the year, I don’t even really have to think about it because nothing else came close. The Dirty Nil are really making Canada proud and I love to see it playing out in real time.

God, I love this band. There are only a few bands that I would prefer to see in an arena over a smaller venue, and Ghost is one of them. They’re just made for the showmanship of a huge live performance. And this album really drives home that our generation’s big festival bands are going to be a lot more interesting than their predecessors (sorry Foo Fighters).

One of the albums this year that I revisited the most. In a culture where we end up saying “thank u, next” to literally everything (because there’s just so much to consume), I really try to take note of things that stick in my brain. The debut release from Hollow Graves really did that for me, and I hope it did the same for you.

Does this album make me feel a lot of feelings all at once? Yes. Is it a perfectly balanced & interesting listen that appeals to all moods? For sure. Should I be arrested for slamming my foot on the gas every time he hits that high “dAAAARK” in “Slow Dancing In The Dark”? Probably. Am I actively trying to marry Joji? Absolutely. Let him know.

First off, are we sure this was released in 2018? Because my two brain cells are still looking to be convinced. I swear I was listening to this so long ago, it plays in my childhood memories. Kali created a genuinely beautiful record here, I can’t even single out a song for you to listen to because I’m emotionally tied to all of them. “After The Storm” or “Your Teeth In My Neck” will probably hook you in, though.

I’m SO thankful for Now, Now this year, this is probably one of my favourite discoveries of 2018. I have no way of explaining the feeling that this album put into my heart. It feels like home. I’m counting down the hours until I’m listening to “AZ” in the Arizona desert and likely bawling my stupid eyes out with my friends.

Every time I say I’m done with pop punk and we’re letting it die, I remember Real Friends. I swear yelling along to “Me First” actually helped me start asserting myself and asking people to treat me fairly. It’s well balanced between fun and emo, which is also how I like to describe myself if you were wondering.

TOR! MILLER! I feel like this album came out of nowhere and just slapped me across the face. As someone also surviving the suburbs currently, this album hit a little too close to home. I hate being forced to reflect on my life and actually think about my choices & feelings. I hope by the next album, we both escape the suburbs so I can have less of an ~existential dread~ fuelled listening experience.

Abandoning genre and just doing what feels right is the best thing Trophy Eyes ever did for themselves. This album is an absolute masterpiece. I don’t even want to know what it would sound like if they held onto the idea of needing to appease the fans/critics over developing their sound. The key change in “Lavender Bay” is my favourite music moment of 2018.

Still absolutely SHOCKED that this album came out this year, because I thought it came out in 2015… but sure, let’s run with it. “I Don’t Wanna Be Blind” gets me so hype, it’s almost dangerous. I have no interest at all in attending Coachella… but I would die to be in the crowd at their set this year. Just to witness.

MY TWO GOOD SONS. I was so worried they were going to burn out after Blurryface just because of the sheer amount of pressure put on them. Instead we got the best body of work they’ve ever created. Every song is incredible and serves a purpose within the story of the record, and it feels so good to still feel so understood by this band. In Trench, we’re not alone.

Forgot this one in my video because — again — there is NO WAY this happened in 2018. Come ON. What a beautiful album, what a beautiful progression for this band. I definitely need to take the time to sit with this one again, it’s a winter album for sure.

This one’s still growing on me. The singles were all MIND BLOWING, like I couldn’t say anything nicer about the laundry list of singles released before the album. The rest of the album is so experimental and emotional, it’s not something you can just listen to on the fly. It demands your full attention. “I Always Wanna Die (Sometimes)” will probably end up on my ~fave songs of all time~ list someday.

YES. This was the first album this year that triggered alarm bells in my head for “album of the year” status. I’m so happy by the growth 5SOS has shown with this record, I worried they were going to burn out fast & bright but this actually makes me excited for what’s to come.