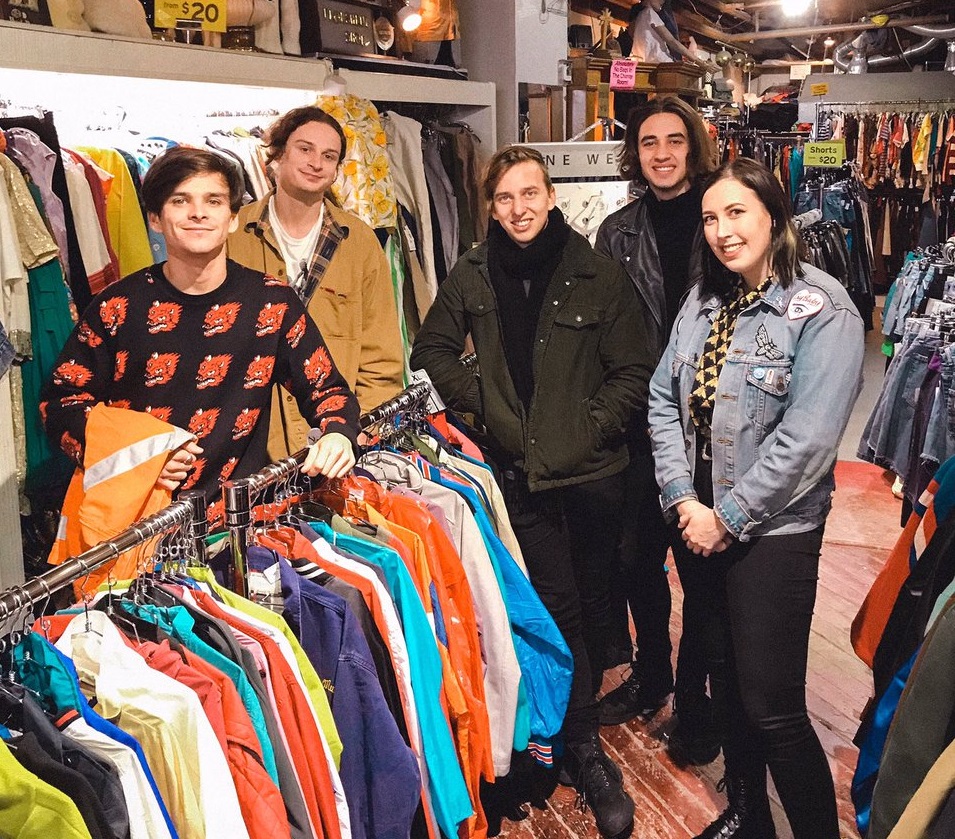 I Took The Faim Vintage Shopping

I know that reads like a crazy Mad Libs, but it actually happened. The Faim played their first ever Canadian show in Toronto and I had to make sure their visit was a good one. We went down to Public Butter in Parkdale and made some very interesting fashion choices.

I’ve written about The Faim on here a few times, both about their single “Midland Line” and then their Summer Is A Curse EP. That first post was just over a year ago. THAT’S IT. They had just put out their first two singles, and look at them now! Touring the world, meeting fans in different countries… it’s a lot for the amount of time it’s been.

And I would like to let you know right off the bat… their music has only been getting better. I already loved it right from “Saints of the Sinners”, but “Fire” and “Amelie” have really kicked it up a notch. Maybe it’s the new lineup, maybe it’s just time/experience. I’m not questioning it too much, I’m just happy it’s happening.

Their live show is everything I hoped it would be too. You can catch some clips of that at the end of the shopping video, but it’s better experienced IRL. Which — hey! — lucky for you, they’re heading out on a world tour! They’ve got it all: they sound perfect live, they’ve got the stage presence of a band on an anniversary tour, AND they’ve got a fancy new vintage wardrobe. 😉

Take some time this afternoon and give them a spin. This is definitely a band you want to start listening to now before they’re too famous to meet at the merch booth.