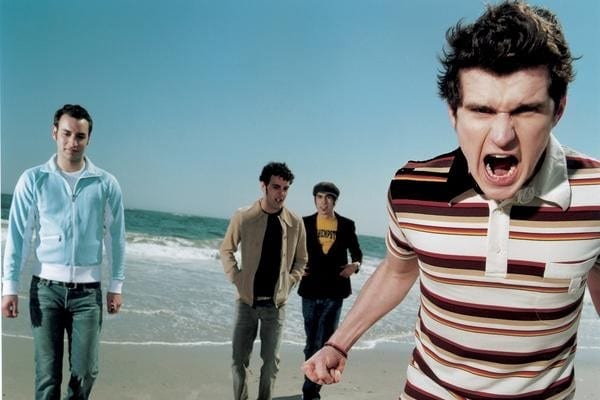 The 9 Circles of Music Fan Hell

Being a music fan can be hell. Sometimes, that feels more literal than other times. Most people that end up in Music Fan Hell aren’t bad people, and aren’t guilty of doing anything wrong; it’s just part of the experience. You get thrown in your circle no matter how kind and good you are. It’s just what happens. Which circle do you reside in, or have you transcended into Music Fan Heaven? Or perhaps the devil and god are raging inside you?

The Circles of Music Fan Hell

At any given time, 90% of music fans reside in limbo. They can end up here for a multitude of reasons, depending on the bands they stan and the type of fan they are. A majority are here waiting between album cycles for their faves to start releasing new music again. Some are here waiting in line for doors to open at a show, or waiting in a VIP line to meet the band. A few are online refreshing Ticketmaster, attempting to get decent tickets to a show while the WiFi cuts in and out.

And there are a select few who are trapped here eternally, waiting after a band said something would be out “soon” and never returned.

Lust is a sad circle. This is where all the broken hearts go who have completely convinced themselves they’ll end up happily ever after with their chosen band member. They genuinely believe they’re in love and have completely planned out the next 10-20 years, without the knowledge of said band member. I was lucky to escape this circle when One Direction broke up (which, I know, was entirely too recently).

The circle starts to get dangerous when the residents start to realize things may not go according to plan, and they start to obsess and lose touch with reality a little bit. Again…I only recently escaped this circle. I’ve seen hell with my own eyes, and Harry Styles STILL won’t acknowledge that I’m alive.

There are so many things for fans to consume in this digital age, but it comes with the added worry of feeling like you’re missing out. If you miss a livestream, are you going to be on the outside of an inside joke for the next 3 years? If you don’t buy every variant of their vinyl, will the band even acknowledge your sick photo of your collection?

The fear of missing out causes many fans to adopt a lifestyle of gluttony, consuming every single thing related to the band in an attempt to be in the loop. But hey, what’s the harm? Avocado toast is stopping us from buying homes so why bother saving at all?

There’s a certain greed that can accompany music fandom, and it’s a dark hole to try and crawl out of. Sometimes a friend of yours will be acknowledged by your favourite band, and instead of being happy for them… you start seething because you want the attention for yourself. This can show in so many scenarios, from winning a contest to being retweeted. Sometimes this can even expand into only listening to certain bands because they acknowledge you. It’s a slippery slope, my pals. Don’t get trapped in the fourth circle.

Hey have you ever been to a Twenty One Pilots show where only the people with playing cards get to attend the M&G, and their manager says “calmly line up and grab a card” and instead it turns into the jungle fight scene from Mean Girls?

Yeah, you can find all 52 of those card winners here in Wrath.

There are a lot of things that can land you in the sixth circle, and there’s a lot of in-fighting between each of those groups. This is a circle filled with a plethora of opinions.

Once in a while, Halsey will quote tweet someone who said something rude about her (whether they actually did or whether it was just out of context). Then, thousands of fans will hate tweet the person until their account gets locked or their phone spontaneously combusts. Tag yourself: if you’re the hate tweeter, you’re up in Circle Five… but if you’re the hate tweetee, welcome to your circle.

Sometimes bands do really stupid things. They appropriate a culture or make a sexist comment or take a very odd new direction in their sound. If you now express that you’re opposed to whatever they’ve said/done – whether you’re revoking your Fan card or just expressing distaste – welcome to your circle, ~fake fan~.

We all know someone who prides themselves on knowing bands before they’re cool or stops liking them after they become famous. They talk nonstop about how they deserve more attention and praise, but then jump ship as soon as it happens. To those music hipsters… welcome to your circle.

The eighth circle is a tricky one, because it’s inhabited for two very different reasons.

Fans mainly end up here once they’ve bought all the merch, seen every tour front row, met the band 6 times, bought them cool gifts and talked the ear off of anyone who would listen to them about their favourite band… just to realize that going the extra mile doesn’t make you better than the rest of the fanbase and doesn’t put you above them in the band’s eyes. They won’t ever crown you Queen Of The Fans, and suddenly you wonder if it was all worth it. You had a great time doing it and loved every minute of it, but would you have paid so much for the upgraded VIP package with the exclusive keychain if you didn’t think it set you apart from the rest? Who are you if you’re not climbing to the top? Deep questions.

Often times, we find out that bands are actually made up of many trashcans rolling around aimlessly from venue to venue. Some are awful people like Austin Jones or the “former” members of every big pop punk band right now. Some are just assholes who can’t bring themselves to be kind to anyone. For whatever reason, they’ve done something terrible and no longer deserve fan support. But… after all these years being a faithful supporter, can you just drop them? Just like that? Many fans face the dilemma of deciding whether or not to completely disconnect.

After all the time, money, and tears you sacrificed for this band…they broke up. And not only did they break up, but they’re no longer friends and actively hate each other. Maybe you even got a written statement letting you know that they threw out every gift ever given to them by a fan (we’re all looking at you, Zach Porter). Everything you did to help them achieve their dreams was for nothing because they walked off into the sunset and left you to get the world’s nastiest sunburn. CURSES!

The band loves you and is genuinely happy to see you whenever you attend a show. They know all of your friends by name and ask about all of the things they know are happening in your life right now. You have a reserved seat in the front row at every show and have been invited on tour just to hang out forever and ever and this music fan heaven doesn’t exist so let’s not pretend it does we are ALL IN HELL.