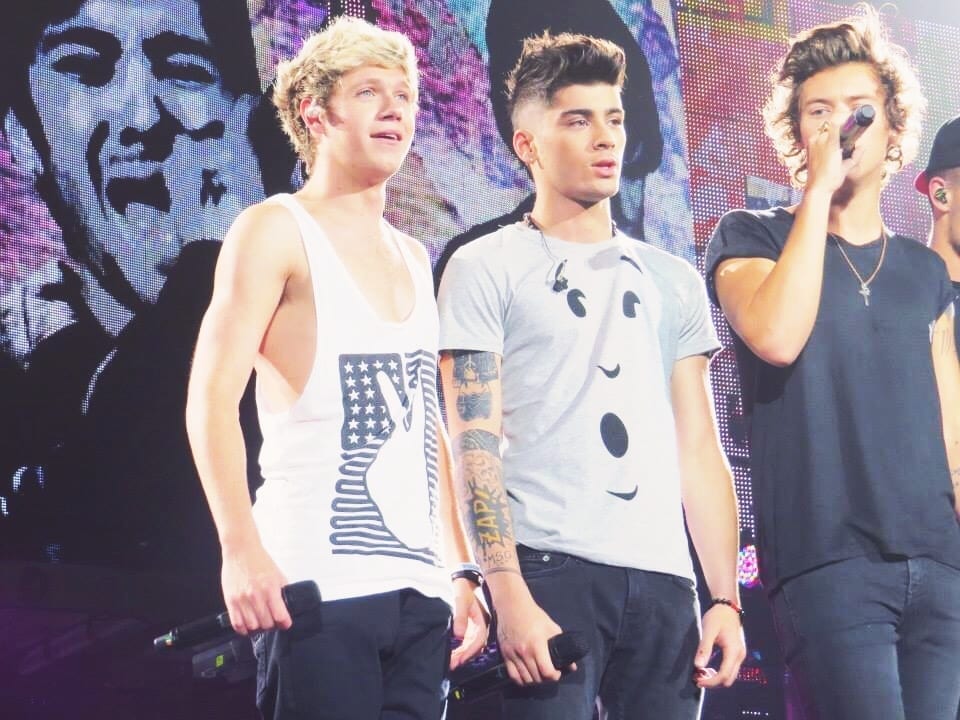 The Real Problem with Boybands

Many people seem to believe there’s a problem with boybands. Their music lacks substance. They’re only famous because young girls think they’re hot. They’re ~killing music~ or whatever.

But as a person who has supported boybands religiously since I got my first boombox, let me present to you the real problem with boybands.

Sure, other genres encourage you to buy merch or concert tickets. They want you to help support the band financially so they can continue touring and making music. But do they make you feel like you have to buy every piece of merch or tickets to every show?

There’s a horrible mentality within boyband fan bases that’s gotten increasingly worse with the rise of the internet. It almost feels like there’s a list of things you need to do before you’re allowed to truly call yourself a fan. This could include (but is not limited) to:

And not completing everything on the list? That’s a one way ticket to ~fake fan~ territory. If you weren’t here from the day they were conceived (as people, not as a band), you’re 👏DONE👏.

But why do we do this?

As the internet becomes more powerful and we are able to stan harder, I see this behaviour spilling out into more types of fanbases… and it sucks! Because none of us should feel like we need to complete a set of tasks before we can enjoy a band.

If you’ve ever enjoyed a boyband, you know how much work it is to constantly have people see you as a functional adult despite your musical proclivities. Now imagine going through all that, and then in-fighting with the other people who actually support your choice and feel the same way you do. What?? Is the deal???

What is it that made this specific group of fans evolve to attack those who are more casual listeners? Maybe it’s a power move. After being shunned by those who see boybands as a disease within music, maybe it’s a way of regaining power within the group itself. A way to say that even if others think less of you for your music tastes (which really… what’s your problem?), you’re still ranked high within the subculture.

I didn’t even realize how much this affected me until a few weekends ago.

I was driving up north with Aaron. We were listening to Counterparts and I knew the general subject of their last album, Tragedy Will Find Us, was about a past relationship. I haven’t grown up with hardcore music the way Aaron has, so sometimes I need to read the lyrics before I can fully decipher what’s being said in each track.

I made a joke about how the song had such nice lyrics and next it was gonna say “I literally want to watch you die” but it turns out it was the one song on the album about his grandfather. Aaron laughed, because of the implication (yikes). So of course, I immediately burst into tears. Embarrassing.

Aaron was so confused and couldn’t figure out why I was so upset, but the truth is… neither could I. Until I started thinking about it and realized that I’d grown up with this toxic thought process. If you don’t know literally everything about the band/genre, you don’t deserve to be here. You don’t deserve to be part of this. You’re just embarrassing yourself.

Instead of being able to dip into a new genre and learn about the new world around me, I expect myself to already know everything… because if I don’t, I subconsciously believe I’m going to be outcasted. It’s insane that it’s like this, but it’s more insane that I didn’t realize it until I was sobbing and driving up Highway 400 at 3pm on a Saturday at age 25.

But it’s hard to determine who is. Is it the fans? Are we the ones to blame for the way we’ve acted and made other people feel unwelcome? Is it the labels for creating this culture where we need to buy everything they create in order to belong? For building up a lifestyle that only benefits their sales quota? Or maybe I’m wrong. Maybe the bands are to blame for continuing the cycle and not putting out quality over quantity. For continuing to try and milk us for every dollar we have around every corner.

Whoever it is, we’ve opened Pandora’s box and it’s going to be hard to lock it back up. Other types of “celebrities” are now profiting off of this model (Jake Paul, anyone?) and using a fan hierarchy to keep everyone vying to be number 1. On a more sinister note, we have people like Austin Jones using the “don’t you want to be my #1 fan?” mentality to take advantage of young women – but thankfully he’ll be behind bars for the next 10 to 20 years.

So how do we fix this problem?

Or even address it? Good question. I wish I had a real answer for you, but I’ve never seen a life outside of this boyband room. I’m still figuring out how to erase these things within my own self. But maybe by acknowledging it and becoming aware of its presence, we can start to dismantle the parts of the industry that don’t work for us. We can stop playing into the games and creating these social hierarchies. Maybe we can decide if we really need VIP tickets (the ones that don’t even let you meet the band, what the even heck is that?!) based on our bank account instead of the fear of not measuring up.

The music industry will always stay the same unless the current system stops working for them. Maybe it’s time for the fangirls to fight back.

What do you think?