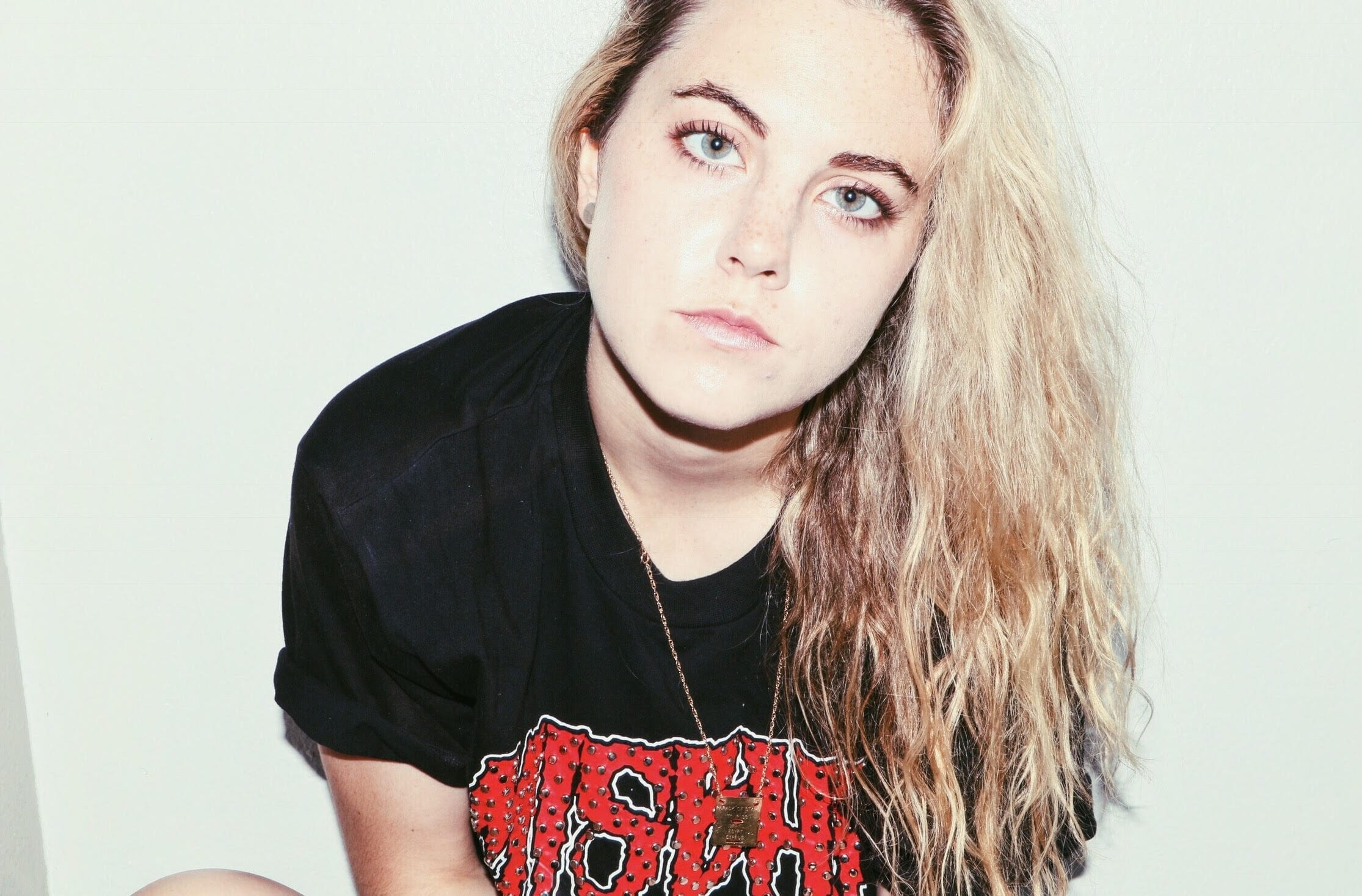 Rachael Kennedy: Songwriter To The Stars

There’s a cool moment about 6 years after you leave high school where you ask what friends have been up to and the answer is something other than “college” or “interning”. Sometimes people have started businesses or moved somewhere new. In the case of Rachael Kennedy, she’s living in Los Angeles & casually writing songs for musicians like Britney Spears.

If you’ve been reading my blog since the beginning, Rachael may be familiar to you. One of my first posts was about her song “Bullet Holes“, almost exactly 2 years ago. Putting that in perspective, it’s WILD to see how much she’s done in two short years. She’s performing her own music, writing for both new and established artists, and writing songs for short films (you can hear one below).

I remember when Rachael introduced me to Imogen Heap’s music in vocal class when we were 16 and I pretended I already knew who she was. I did not. Rachael is always one step ahead of the curve, as evidenced by her entire career thus far. You absolutely should be keeping her on your radar.

Want to know how she did it all?

I interrogated her and the information you seek is all below…

Can you give us a recap of what you’ve been working on up until now? Like if this was a TV show, what would be in the “previously on….” segment before the episode starts?
2017 has been pretty rad so far! I’m part of a songwriting/production team called LIONCHLD, and we were hired to write 5 songs for Lifetime’s new TV series with Timbaland called “The Pop Game” which aired in February. We were flown out to Nicaragua in April to take part in a songwriting workshop which was SO fun… I had a song placed in an Apple Commercial which was pretty cool! The most recent news probably is the publishing deal we just signed with Alex Da Kid and his publishing company Kid In A Korner.
You moved from Toronto to Los Angeles to focus on songwriting and performing. How would you say things are different in LA compared to back home in that regard?
Hmm… it’s funny because music is music, and the music industry is the music industry. So there are similarities in the personalities of the people you’re working with and at the end of the day a good song is a good song no matter where you make it… but it depends what it is exactly you want to do. For me, I found a lot of opportunities as a songwriter/producer in the pop world in LA, and one advantage for sure is that a lot of the pop music industry is out here. So you might literally be grabbing a coffee and run into Max Martin or a major artist’s manager, or a label executive or whoever. I do love the vibe of the music scene in Toronto though, and I spent years playing all around the city and loved it. I learned a lot from it too. It just depends what it is you’re looking to accomplish I think – do you want to be an indie artist? A pop artist? A pop songwriter? A composer? I know a lot of people who split their time between LA and Toronto, but for me it just made more sense to be here.
Is it hard to balance performing and songwriting? Or is there one you prefer over the other?
I really love doing both, but I do think I was always a songwriter first. Like when I started playing the guitar and singing at around 14, I sang and I played so I could write songs, you know? It was like the vessel through which I could write the songs. It wasn’t until I was about 18 that I was like, “Oh, I guess I should really get my singing chops up!” and started taking vocal lessons. So as long as I’m writing songs, I’m generally pretty stoked, but I do love performing and it’s something I still do consistently out here. I’m still going to tour the world… it will just be after I have my first number one single. 😉

You also recently signed your songwriting team to Kid In A Korner, which is INCREDIBLE. What’s the biggest difference now from when you were writing independently before?
Thanks dude! It’s been really amazing just having a mentor, really. We’ve learned so much from Alex creatively, but also from a business perspective. He brings so much experience in the business to the table that we don’t have yet, so it’s been very eye opening and also door opening for us, you know? We’re now getting in the room with a lot of bigger artists and generally just have more access to opportunities working with him. It’s great though, because he respects what we do on our own and we still get to put time into our passion projects.
Do you write songs with specific artists in mind?
Sometimes we do, yeah! It depends on if someone is specifically looking. It’s funny because often the songs you write specifically for an artist or songs you would think certain artists would love end up being picked up by a completely different artist, so we try to always write the best song possible and have faith it will find the right home. 🙂
What’s the biggest thing you’ve done so far & what’s the thing you’ve done that was most exciting for you personally?
I think getting our song “Coupure Electrique” placed on the Britney Spears Glory album was probably the biggest thing we’ve done. That was pretty cool too just because I can remember listening to the very first Britney Spears album when I was like 7/8 years old, so it was crazy to see my name next to hers on the credits of the album! But hmmm… you know, one of the most exciting things personally — because I’m such a Katy Perry fan — was finding out she had listened to a song I’d written and really loved it. She ended up passing on it for her album, but just knowing Katy Perry had heard my song and my voice was like… the coolest thing ever! Haha.
What’s your advice for anyone who’s looking to get into songwriting?
I would say be super open and write every day. Say yes to everything. Network like crazy. Be a good human… It’s crazy, one of the biggest things I’ve learned since moving to LA is how unpredictable the path is going to be. It’s so important to have a vision and goals, but you have to be open to the path changing, because often things you never thought you’d be doing lead you right to where you want to be. If I trace back the people I know now and the connections I’ve made, it’s insane where they begin – like for example, I met Nathalia (one of my songwriting partners in LIONCHLD) on a friggin airplane. We just started talking and exchanged info, and next thing you know we’re in a songwriting/production team together with a song on Britney Spears album and a publishing deal with Alex Da Kid… all because we said hi on an airplane! You really don’t know where any relationship you make is going to go, so it’s so important to follow up and generally just be a good human. There are also A LOT of talented people in this industry, so if you’re not a good person or a fun hang, there’s a lot of other talented people whose egos aren’t too big or who are more cooperative and open who would be a lot more fun to write with!
Do you have any goals you’re currently working towards, or are you just taking all of this amazingness day by day?
Haha! I mean for sure, getting a number one is on the list of goals. I personally would love to work with certain artists like Ed Sheeran or Taylor Swift. I want to tour the world… but I’m definitely trying to take in the moments day by day. It feels like the time goes by so fast sometimes, I’m trying really hard to take in all the “stuff” – the good days, the bad days, the struggle. There’s no point in being successful if you don’t even enjoy the day to day! Nathalia, Lance, and I are such goofs in the studio, it must be so annoying for some of the other writers and producers we work with sometimes but honestly, that’s why this job is so fun. I get to make music with my besties everyday!
What can we expect next from the wonderful world of Rachael Kennedy? More performing? Do you have any songs coming out soon on anyone’s records?
So we’ve actually got Motown Records artist Dylan Hyde’s next single “Kinky” and Republic Records artist Kiana Ledé’s next single “Fairplay” which will be released at the end of the month. We’ve also got one more in the pipeline that looks like it’ll be on a major artist’s next album but I don’t want to jinx it. Fingers crossed!