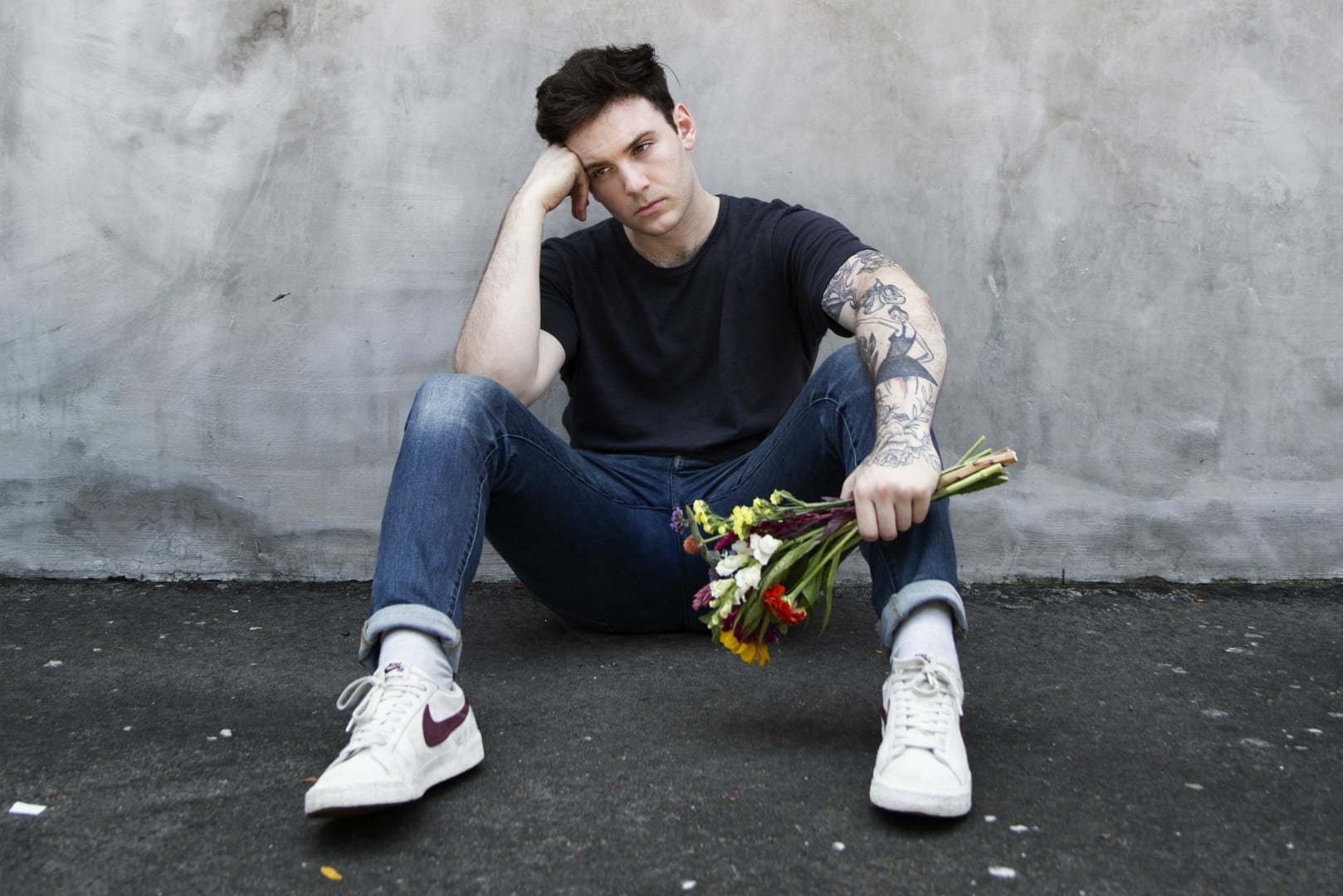 I can’t even begin to explain how excited I am about premiering Joe Wood’s new single “Parking Lots” for you today. Like… I’ve been waiting for this day since June. Before we get into it, here’s a list of the most important things so you don’t miss anything in my ramblings:

OKAY and now *drum roll* I present to you, my song of the summer… “Parking Lots” by Joe Wood.

Okay so first off, a description for those that are new to Joe’s music. “Parking Lots” was written by Joe and his longtime friend Alex Koste, and it’s only the first in a series of singles being released this year. This track feels like an I Like It When You Sleep… era The 1975 song if all pretentious undertones were stripped out. Perhaps that makes it more similar to Youngblood era 5 Seconds Of Summer, but who’s to say. (well I mean, we could all say, comment below and tell me I’m wrong)

But it’s so NICE to listen to pop music that enjoys being pop music. A song that makes you feel alive & free in the summer, and helps you recall that feeling when the weather starts to change. It instantly sparks the nostalgia centre of my brain — probably because every suburban teen can recall hanging out in a parking lot at some point. No one’s story is the same, but they share a common thread that can bring us all together. The power of good pop music.

I often find myself rolling my eyes as musicians try to force their songs to be a commentary or ~ironic~ because they don’t see the value in straight-up pop. Of course, commentary or discussion or irony in music is fantastic! But not everything needs to have 10 levels of subliminal meaning in order for it to matter. This song tells its story to your face, it matters because it exists and it reminds me of feeling truly free for the first time.

When everyone started getting their licenses and could go wherever without needing a ride from mom, it felt like a new world unveiled itself before me. And this song reminds me of that hungry feeling of wanting to go everywhere and drive just because I could. Something as simple as hanging out in the McDonald’s parking lot while my friend ordered so much food that the drive thru staff didn’t believe he wasn’t pranking them… felt like freedom. And ten years out from that, it sounds so DUMB. Like WHY was that so important?? But that’s the joy of those moments, and that’s the joy of this song. It pulls up feelings you can’t quite explain, but you don’t have to because the people you love feel it t– I didn’t realize I was quoting John O’Callaghan until halfway through that sentence.

So what do you think of the song?

For me, I’m honestly obsessed with it. My friend Kelly sent it my way in June and I groaned as soon as I got the email, wondering how I’d break it to her if I hated it. Often I get sent music and just don’t know what to say when I’m not thrilled with it. But Joe Wood was a powerful exception to that rule. I literally did the fist pump from the end of The Breakfast Club by the time the chorus hit. I love this song and I love Joe, and I can’t wait for y’all to hear even more from him. He’s a truly good dude.

SO HEY! Follow him, add the song to your playlists, share his song with your friends. It’s fun to promote your all time faves and talk about them with your friends, but it’s way more fun to do the same for new artists. Watching the process from beginning to “I knew him way back when” is THE BEST COOLEST FEELING. So hop on the bandwagon, I’m currently driving it pretty erratically but I think things will become more normal once y’all join me. So… what are you waiting for?