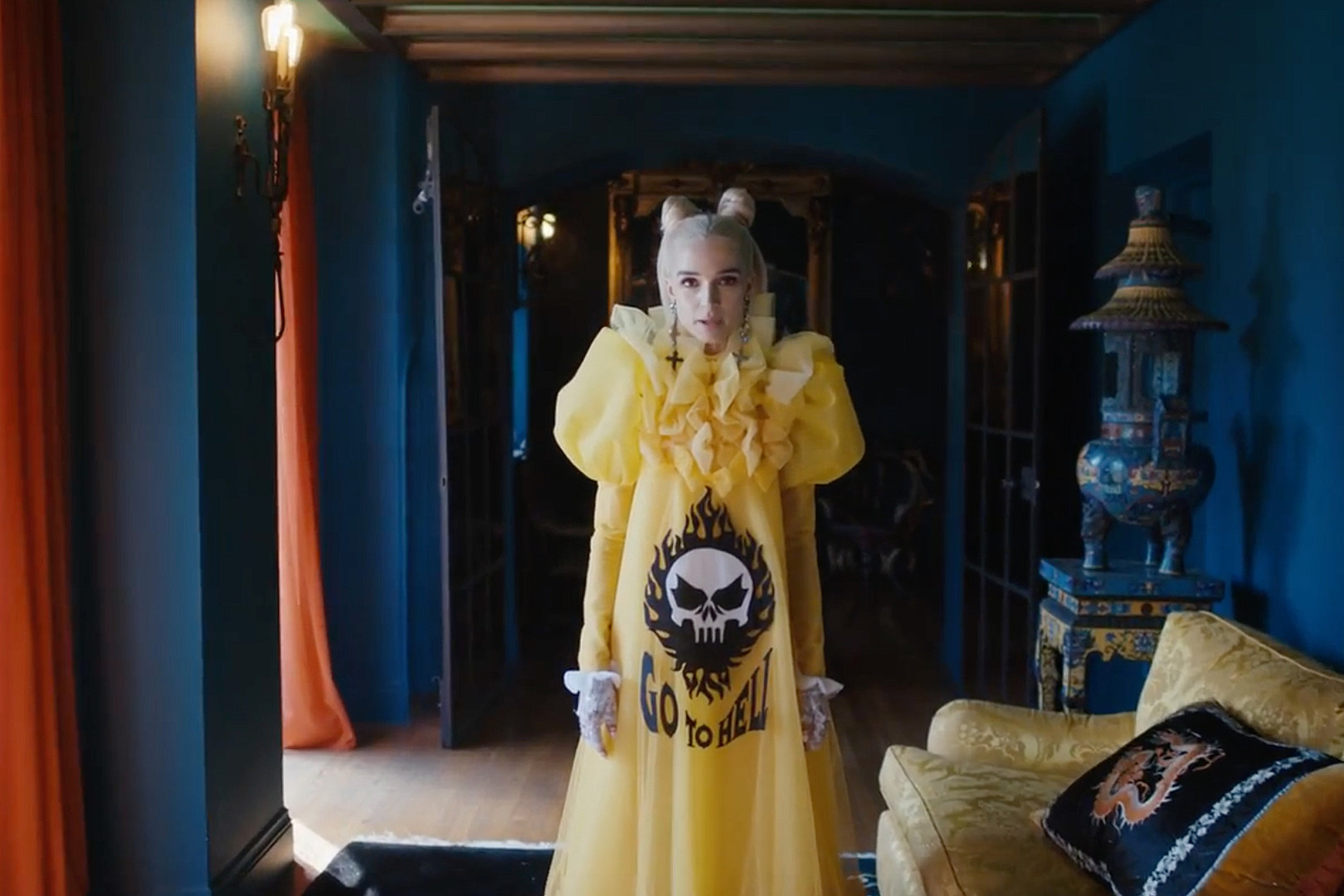 When Poppy started posting her weird ass videos on YouTube many moons ago, I was completely obsessed. They were so unsettling in every way. The ambience. The way she spoke. I couldn’t stop watching them. When she started releasing music, it ruined the mystery a bit (I hate being fooled by long con marketing schemes) but I had high hopes for some spooky tunes. With her first two albums, I was left underwhelmed. But now with the release of “Scary Mask” with FEVER 333, I’m finally getting what I’ve always wanted.

The one song from Am I A Girl? that made it onto all my playlists was the Poppy & Grimes collaboration, “Play Destroy”. The intersection of pop with nu metal was so fun to listen to. It’s something entirely different from what I’ve heard before. I envisioned a future with more genre bending, all of the pop fans who would curiously look up more metal songs after hearing crossover tracks (and vice versa).

“Play Destroy” walked so “Scary Mask” could fly. It doesn’t hurt that I’ve already been loving FEVER 333 as well, so I was biased towards liking this track. But this song goes WAY harder than it needs to and I can’t get enough of it.

Fun Fact: I’m a big dumb idiot and it took me until this afternoon to finally connect the damn dots. Yes, Jason Aalon Butler of FEVER 333 is also Jason Butler of letlive. This was obvious to everyone except for me, the idiot!

Thankfully, the music video for “Scary Mask” is just as unsettling as an old Poppy video. The outfits the band wears remind me of… something. I can’t place my finger on it. If you wake up from a nightmare in a panic and figure it out, please tweet me and let me know.