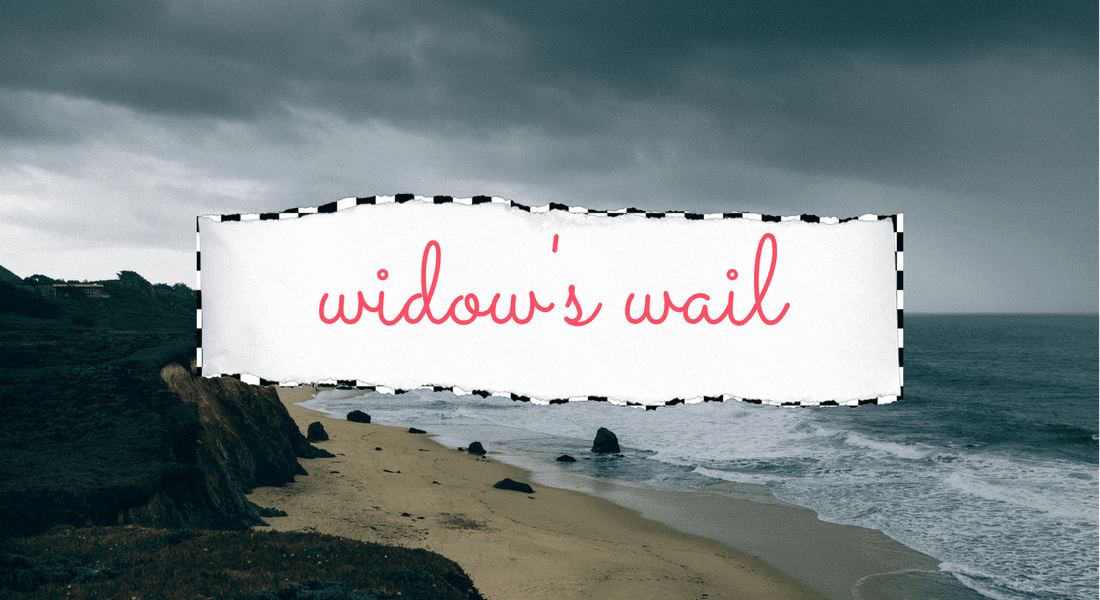 Have you ever been waiting for Game of Thrones to start and wanted to really tap into the emotion of the episode? After last week’s carnage, there are a lot of things to feel… namely fear/anger or hope/elation (depending on which house you belong to). So what better way to dive in than with a playlist? This is Widow’s Wail (you can find Lightbringer here).

These songs are perfect for – and I’m going to make sure this is spoiler free – the fear and uncertainty of death, the horrors of war, or just like… y’know, casual angst and fear of what Trump’s America has become so quickly.

If you haven’t already heard about my overwhelming love for Heavy Hearts, you might be new here. These guys fill the grunge void in my heart, without sounding dated or like they’re trying to mimic their 90s counterparts. While I loved their debut album, Bliss, I can already tell that they’re finding their sound more on this record. I can’t wait to hear more. “Unravel (Your Love)” is a fantastic first track from what I hope is an upcoming second album? Confirm or deny, please?

I fell in love with this band immediately… and then tried to remember why the name sounded so familiar. Turns out The Van T’s was one of the bands in Flying Vinyl‘s January 2017 box! I love the vocalist’s tone and the whole sound they’re producing. I feel like this would fit right in as the song Lindsay Lohan’s band performs at the end of Freaky Friday at the Battle of the Bands. It’s a bit grungy, a bit spacey, a bit psychedelic. The fact that I’m now able to feel nostalgia for the early 2000s or the late 90s is really freaking me out. However, it’s worth it to have this song in my life.

This band is perfect for those who miss the good days of punk rock. The Black Tales have put together an album that feels perfect for driving around on a motorcycle (if I had one). Or maybe for wearing a leather jacket (which I do have). It’s the type of music that you automatically know is going to be even better live. I’m definitely keeping my eye on the internet for any whispers of tour dates.

Nothing like a song that breaks your heart right off the top, and then slowly builds up the anger, confusion, and everything else that goes along with experiencing illness and loss. This song will never go on my driving playlist because I have no idea what emotions I’m going to go through over the 4 minutes I’m listening. Bearings just signed to Pure Noise Records last week, and I can’t wait to see what they do now with a label like this behind them.

🍁 Dearly Beloved – Who Wants To Know?

A slow build to a totally unexpected song. I don’t know what I was expecting it to sound like, but as soon as the vocals started… it took a sharp left. I love when songs can keep me on my toes, and I also love the contrast between the two voices. I almost feel like I’m inside of a nightmare and these two are swirling around my head, trying to scare me. Explaining it like that sounds like a perfect recipe for song-induced anxiety but actually, it works. And even if it does freak you out, isn’t that the perfect fit for this playlist anyway?

This band was recommended to me by one of my subscribers, Holly! Y’all always have great music taste, and Holly’s recommendation via Instagram was no exception. She described them as emo rock, which hooked me immediately. From the first listen, I knew I’d found something great. It was hard to pick a song to recommend as a new listener, but Husk feels like a great intro point to the band.

I had a dream last week that I performed this song at Warped Tour with the band and Bryan got mad because we wore the same outfit. I’ve been on a huge Knocked Loose kick lately and while I love listening to the middle section of Counting Worms on repeat, I think Deadringer is a better way to first listen to them. The guitar part is catchy, the vocals start and you immediately feel like you could fight a dragon (whether you can win or not is another question entirely), and the bass line just drives right through your heart. Please note that listening to this song may give you vivid dreams about finger pointing at the front row in the parking lot of Six Flags Darien Lake.

Trophy Eyes – Breathe You In

I’m so mad I didn’t listen to Trophy Eyes when I first heard about them, because I was totally missing out. Chemical Miracle is a dream. Every song has something to love for different people. Daydreamer feels like a personal attack on me and the relationships I have with everyone I’ve ever known, but Breathe You In was the song at Warped that really brought me in. That song was the reason I went home and immediately placed an insane MerchNow order. The lyrics break my heart repeatedly, but it just makes me want to listen more to be as supportive of this sad boy as I possibly can be. I can’t think of a situation where I don’t want to listen to this album, and Breathe You In is probably the most versatile of them all.

I feel like Warped Tour had so many quality bands this year, and 95% of them played the Full Sail stage. Movements started the day off when I was there and I was so thankful I arrived at the exact moment I did – the exact moment they stepped on stage. They’re a little less hook-driven, leading to them feeling a little more… it’s hard to explain it. It feels less catchy and more like their music crawls inside my soul and reminds me of the feelings I try to hide in there. Listening to them holds up a mirror and makes me acknowledge the things that are upsetting me, but in a healthy and productive way. So uh… thanks, I guess? But really, it’s much better than stress eating.

Alright, we’ve got a little issue here. This wonderful track isn’t on Spotify so I’ve added another one of their tracks to the playlist in exchange, but the actual link is here. This song feels like it belongs in a musical, right before the curtain falls for intermission. It’s so dramatic and stunning, and it feels like this huge emotional shift. Her voice just knocked me right over the first time I heard the chorus. I feel blessed for having heard it. I feel empowered just listening to it, which is exactly what you need if you’re maybe, I don’t know, sinking in a lake from- y’know what, no spoilers.