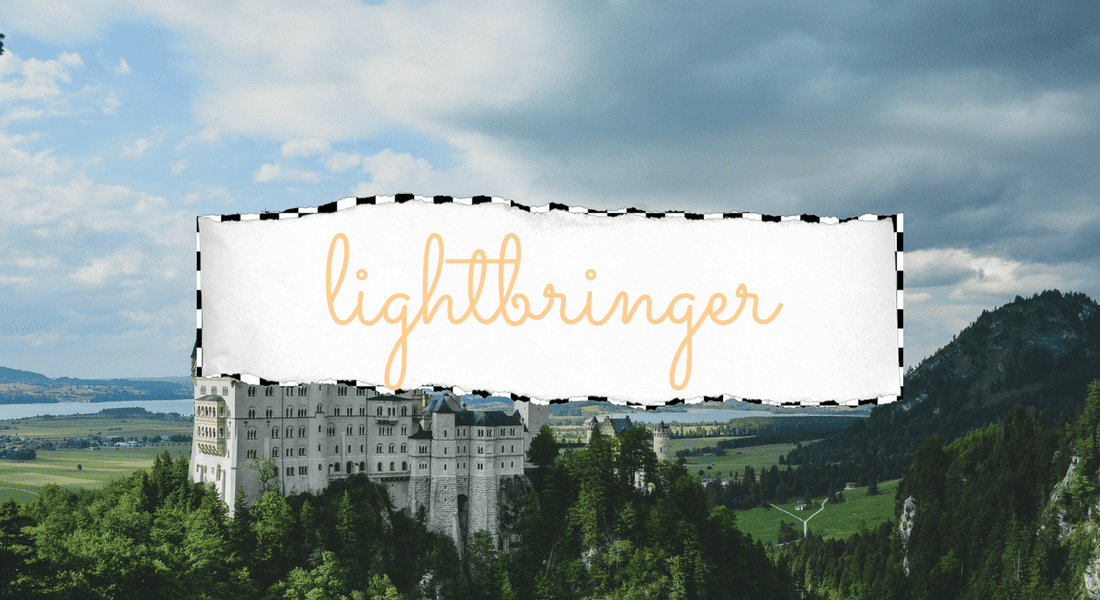 Have you ever been waiting for Game of Thrones to start and wanted to really tap into the emotion of the episode? After last week’s carnage, there are a lot of things to feel… namely fear/anger or hope/elation (depending on which house you belong to). So what better way to dive in than with a playlist? This is Lightbringer (you can find Widow’s Wail here).

These songs are perfect for – and I’m going to make sure this is spoiler free – celebrating after a victory (whether big or small), enjoying the good moments while they’re here, or pumping yourself up for what’s to follow.

I feel like I mention pretty often how much I miss 2AM Club. They had one fantastic party album that I listened to for all of 2011, and then they broke up. I’ve spent time trying to find replacements and sometimes I do, but they never stick. I think Secret Weapons might finally be that band. The perfect blend of funk, pop, and electronic elements. Their next track Comeback Season is equally incredible, which makes me think this might end up being one of my favourite bands this year. If you enjoy listening to music and having a good time, you’d be hurting yourself by not giving this band a chance.

This is maybe the best album Fall Out Boy & Panic! At The Disco have put out in the last 6 years… and neither of those bands had any part in this album. The lead singer sounds like the lovechild of Patrick Stump and Brendon Urie, and it reminds me how much we needed a new voice like this in the scene. It can’t possibly give off the angsty teenage feeling we’re used to with these bands. His voice is too mature and it almost feels wasted not on a Broadway stage. But man am I ever glad that they recorded this song. The message behind it nearly sends me into a crying fit every time, but it’s the message I need to hear most days. Yet another Warped 2017 band I fell in love with this summer. It’s been a great summer.

I hope you don’t mind a little ska/Lily Allen influence because here we go! I want to dance on a beach covered in those stereotypical beach balls. Maybe kick them one by one into the ocean while the chorus plays. It’s a real mood lightener, and sometimes that’s exactly what you need. I love vocalists who retain their accents while singing, and Charlie Lane’s British accent isn’t going anywhere. I also relate a lot to the message about not sleeping because… hey, can you guess what time I’m writing this at? I think the sun’s rising.

More music with strong British accents! This fits right in with British indie rock, and it makes me even more upset that I won’t be at Reading Festival this year. I miss finding out about these bands before everyone else in Canada is fighting me for concert tickets. However, luckily I’ve come across these guys now and can cement my place in the front row whenever they make their way across the pond.

The intro to this song gives me very strong Early John Mayer vibes. Is it just me? Luckily their voices aren’t the same, or I’d start asking questions about possible pseudonyms. This song is more music heavy than lyric heavy, there’s a lot of atmospheric moments that feel like floating. The chorus reminds me of The Beatles and honestly, I have nothing bad to possibly say about this song. I feel like I’m floating through a sky full of fluffy clouds and feeling the wind in my face. It’s such a relaxing track, and the nostalgia definitely plays a big part in that.

Tyler Shamy – Could Have Been

If Secret Weapons reminded me of 2AM Club’s party tracks, Tyler Shamy reminds me of their more emotional songs. It’s like an upbeat way of singing about the one that got away. I can see myself in the second row at the Ale House in Kingston – a city I haven’t lived in for 6 years – singing along to this song in front of the most ground-level stage ever designed. His voice reminds me of someone and I can’t pinpoint it, so please let me know if you figure it out!!

This song really gets to the point quickly. I feel like they really understand the ~millennial struggle~. The entire first verse is full of things I’ve heard from either family or unwarranted internet comments. The chorus gives the song a punkier vibe. It’s an interesting dissonance between the verse/chorus but it really works. “You were loved. Were you too loved?” Man, let’s dive right into that existential crisis I guess??

I love ambient songs when I’m trying to take a breath and destress at night. This song is absolutely perfect for that. Her voice is perfectly smooth against the quiet thumps in the background, and it would lull me to sleep if I ever actually slept anymore. A little benefit on the side: the beat is really good for regulating your heartbeat if you start to feel anxious or overly stressed. Don’t ask me if there’s science behind that; I don’t know. But I do know that it works (for me, at least).

Another familiar voice that I can’t place. This track is more electronic and kind of… haunting? I feel like I would listen to this before setting off for another star war. Galactic space battles. That’s where this track is heading. Alternatively, there are pieces that sound like the Kingdom Hearts soundtrack, so really anything could happen here. I’ve never been to a rave, but I’d like to maybe have a dance party in my room with glow sticks. And I’d just play this song on repeat. It would definitely be weird for everyone else, but it would be a great time for me. And isn’t that what really matters?

God, I love Kesha. Her new album is everything I’ve ever wanted and more. I think this album made me realize that I don’t hate country music; I just hate new country music. Old country (Conway Twitty, Dolly Parton, etc.) are things I can rally behind, and this album proved it. I love it. Aaron asked me if it was Mumford & Sons. I’m just… so in love with Kesha. And this song about how she’s waiting for a spaceship to come back and take her away from our awful planet is so exactly what I’d expect from her. And it’s weirdly poetic and makes me want to cry, but that could also be the effect of the entire album building up to that final track. I hope you love it as much as I do.