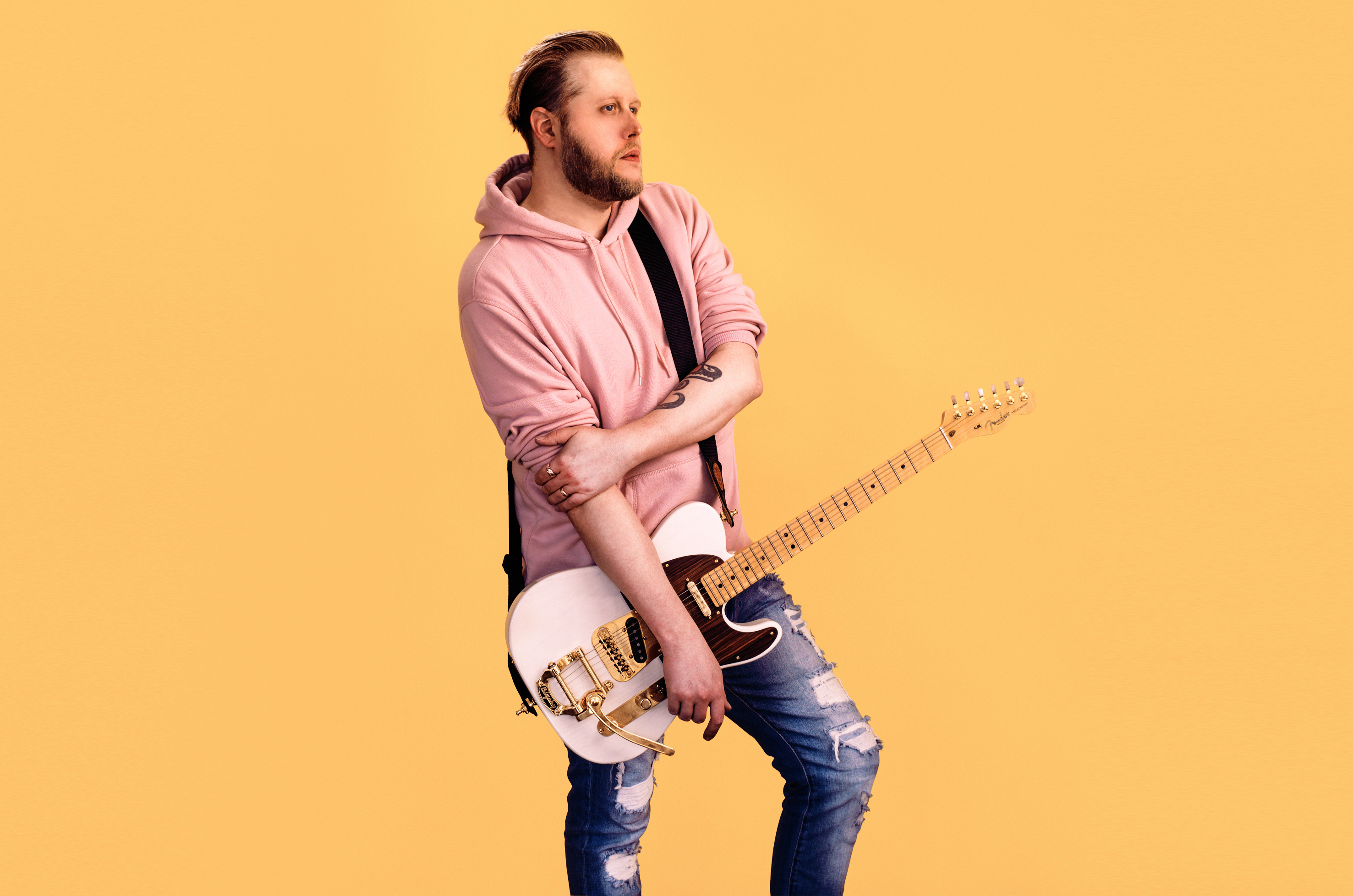 Panic Division Has Reached Their Peak with TOUCH

In the world of music, there are infinite trajectories your band can follow. You could release one great album, and then spend the rest of your career trying to recreate that magic to no avail. Maybe you just keep making near-identical albums over and over again until everyone’s bored. Perhaps you initiate a huge sonic shift and everyone abandons ship. Panic Division seems to have mastered the journey, having released their best work 14 years in on their new album TOUCH.

I shared “Graveyards” in May, noting how I hate 80s music (save for this specific brand of pop). The album has brought me more of what I was craving, and will most definitely be soundtracking my summer. I’m loving it. Loving it so much, in fact, that I decided to chat with Mr. Colton Holliday himself about the life of Panic Division, his advice for new bands, and what’s inspiring him now. Click play on TOUCH below and give it a read!

My phone is on fire! Fans are going ape shit over the album and I’m just trying to keep up. I took a huge risk with this one, knowing full well that a lot of my fan base was into rock music. I personally have been sick of it for many years and always wanted to go in a pop direction. I have never pushed myself so hard on an album and I went into it thinking I may lose some fans, but luckily the opposite happened and everyone is proclaiming it is hands down my life’s best work. It’s the first time I can actually agree.

Over the years you’ve made some big genre shifts, from post-hardcore in your previous band to alt rock to currently more of an 80s pop sound. Do you have anything else you’re specifically looking to try out in the future?

I will likely keep the same 80s pop vibe however I’ve been craving more of a revival of 80s – 90s R&B drums and vocals, performed in a modern way. I’ll likely throw some of that in the next material I put out.

Once I get really weighted down in age, I could totally go for a Paper Kites vibe at some point. I’ve been in love with their newer stuff.

As a band that’s been around for well over a decade, you’ve gone through a whole new digital era since starting out. What’s a piece of advice you’d give to bands trying to get their own music projects going in 2019?

Invest in a powerful laptop (quad core at least) with hyper threading. Research the best plugins for your genre and make sure you download custom Banks for them. That’s where the good shit is. Never pinch pennies on recording. Always put out something quality. If you are 70% into a song you wrote and can’t get that number higher, shelf it and move on.

I’d also advise any new artists to do as much on their own as they can. Don’t dream of being picked up by a record label and “making it”. There are plenty of independent artists doing really well.

Being from Toronto, I’m a huge fan of the music community we’ve fostered here. What’s the scene like in San Antonio?

I’ve toured the entire US for many years and I hate to say that San Antonio has some of the most embarrassingly bad music in the nation. At one point, maybe 10 years ago, there was a pretty solid scene here but things changed pretty quickly. I tend to focus outside of my own city.

Who are some artists/bands currently inspiring you?

While I was writing, one band that helped me think differently about my approach was Fickle Friends. I wanted to get away from all these sad depressing songs and they helped that a lot.

Lately, the new Japanese House is pretty great, Paper Kites, some singles Deaf Havana put out were pretty great, and there’s a little band in the UK called Victors that has been doing some cool shit.

What’s next for Panic Division? What should we be looking forward to? Tours, festivals, world domination?

Honestly, vacations. Lots of them. I spent 4 years on TOUCH and I will be taking a much needed rest.​​​​​​​