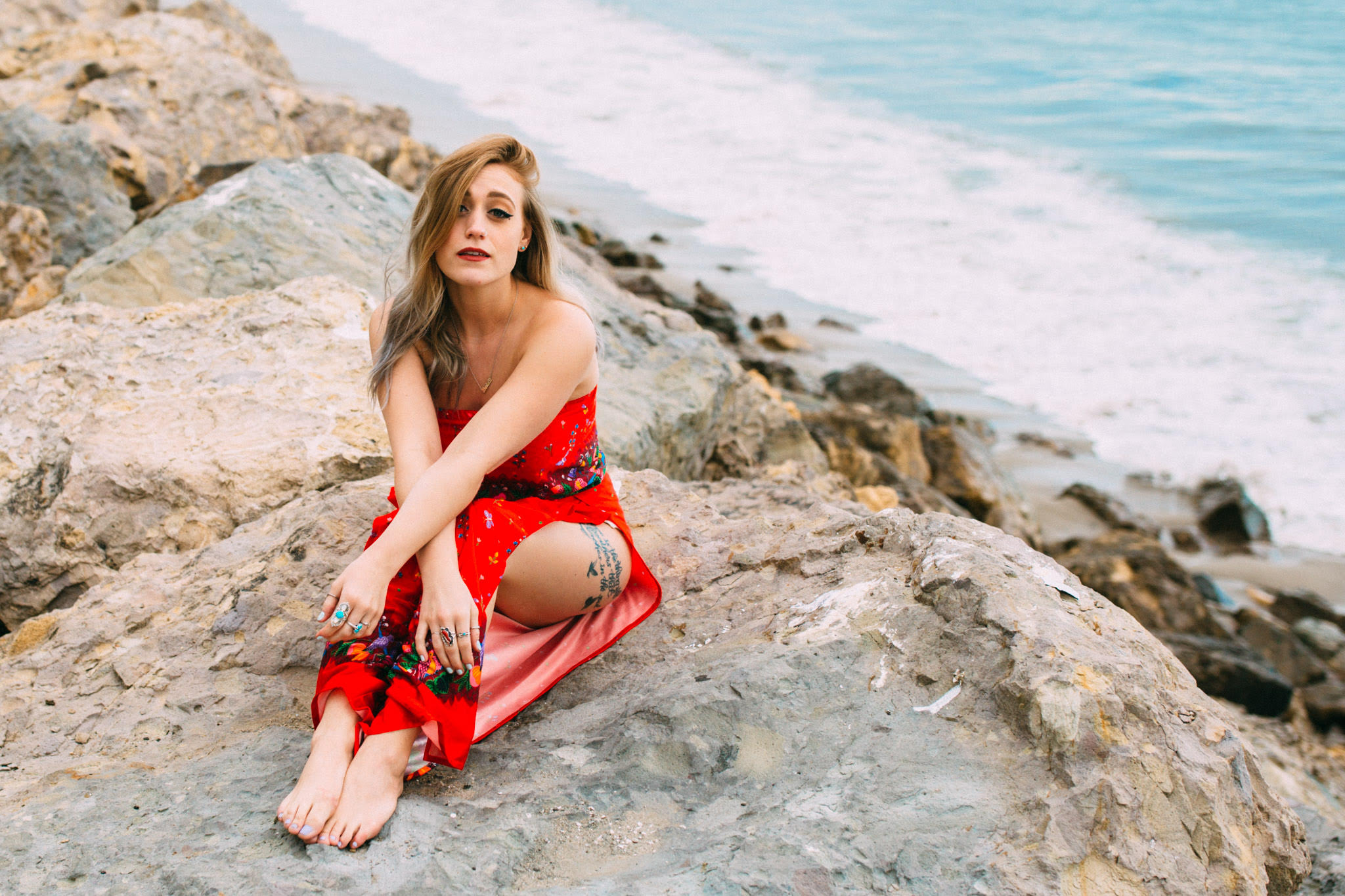 Being a woman in the music industry can be a wholly discouraging experience, and Luxtides has summed it up perfectly with “Echo”. The feeling of not being in control of your own career/fate is disorienting, but it helps to find songs like this one.

Often online, I see people trying to discredit the uphill battle many women have to climb in their career paths. Whether it’s “my experience was fine so everyone else just isn’t trying hard enough” or “it’s 2019, sexism in the workplace doesn’t ~exist~ anymore”… it never gets easier to digest.

Pretty girl just shut your mouth, play the part that they wrote down, you’ll get used to how it sounds

Luxtides put all of these feelings into “Echo” and created something that both calls out the issues we still face, and reminds other women they’re not alone. I’ve had the chorus stuck in my head for the last two weeks and I’m genuinely fine with it. It’s a great song, it’s catchy, and it also makes me feel a strange sense of calm for the 2:49 that it’s on for.

Want to learn more about the woman behind the song? Danni gave me a few minutes of her time to find out more about who she is. You can read our interview below!

I love “Echo” and I feel like any woman who’s been a part of the music industry can relate to it. What has the reaction to the track been like?

Overall, the reaction has been really positive. I’ve gotten messages thanking me from girls who are working to make a name for themselves in the industry, saying that they hear their stories in “Echo” and it’s inspiring them to keep pushing, and that’s been really rewarding & powerful to read. My entire goal with this song was to share my experience feeling voiceless and objectified and encourage other women to disregard the “limits” set for them and forge their own paths.

When it feels like the industry is holding us back, it’s hard to keep moving forward. What moments/people/situations keep you positive and encouraged to continue?

Honestly, there’s been times I’ve been so frustrated I wanted to quit. I’ve been in meetings & sessions where no one in the room would look me in the eye or acknowledge me when I spoke. When I was 17, the first producer I ever worked with told me that as a woman in music, if I don’t “make it” by 27, I’m done. I signed my first record deal with my last band at 24, left the label at 26. Last month, at 28, I signed my first record deal as a solo artist.

Moments like that, where I break through that glass ceiling, are so unbelievably fulfilling. In terms of pushing through, the fans who have stuck by me since day 1 are such a huge part of why I continue to do this. Knowing that they’re connecting with my songs and words means everything to me and reaffirms that this is exactly what I’m supposed to be doing.

Who are some artists or bands that you look up to in the industry? What sets them apart?

One of my favorite artists will always be Stevie Nicks. She came up in music at a time when it was so much harder to be a woman in the industry, let alone in a rock band. She endured abuse from her male band members, but she pushed through it and became one of the most successful artists of all time.

In high school, I really looked up to Ingrid Michaelson and Sara Bareilles because they were so honest and unapologetic in their songwriting. I ended up getting to open for Ingrid on tour a couple years ago and that was such a cool full circle moment for me. Right now, I think artists like Kesha & Ariana Grande are so important because they’re talking about abuse and inequality in songs like “Praying” and normalizing that women can be powerful in songs like “Dangerous Woman” & “God Is A Woman,” and the world is finally starting to pay attention.

Do you still have faith that the industry can change for the better?

I think the most important thing is that the conversation has been started with movements like #metoo, and while we have a ways to go, as long as people are continuing to discuss and evaluate and learn from their mistakes, that’s progress. Platforms like Spotify are holding space for women with playlists like Femme Fatale and fans and artists alike are demanding equality and inclusion when it comes to award shows like the Grammy’s. When I wrote “Echo,” it felt like my tiny wave in this massive ocean of women who are coming forward and speaking out, and it was really important to me to add to the conversation. I think the more that we lift each other up, the stronger we become.