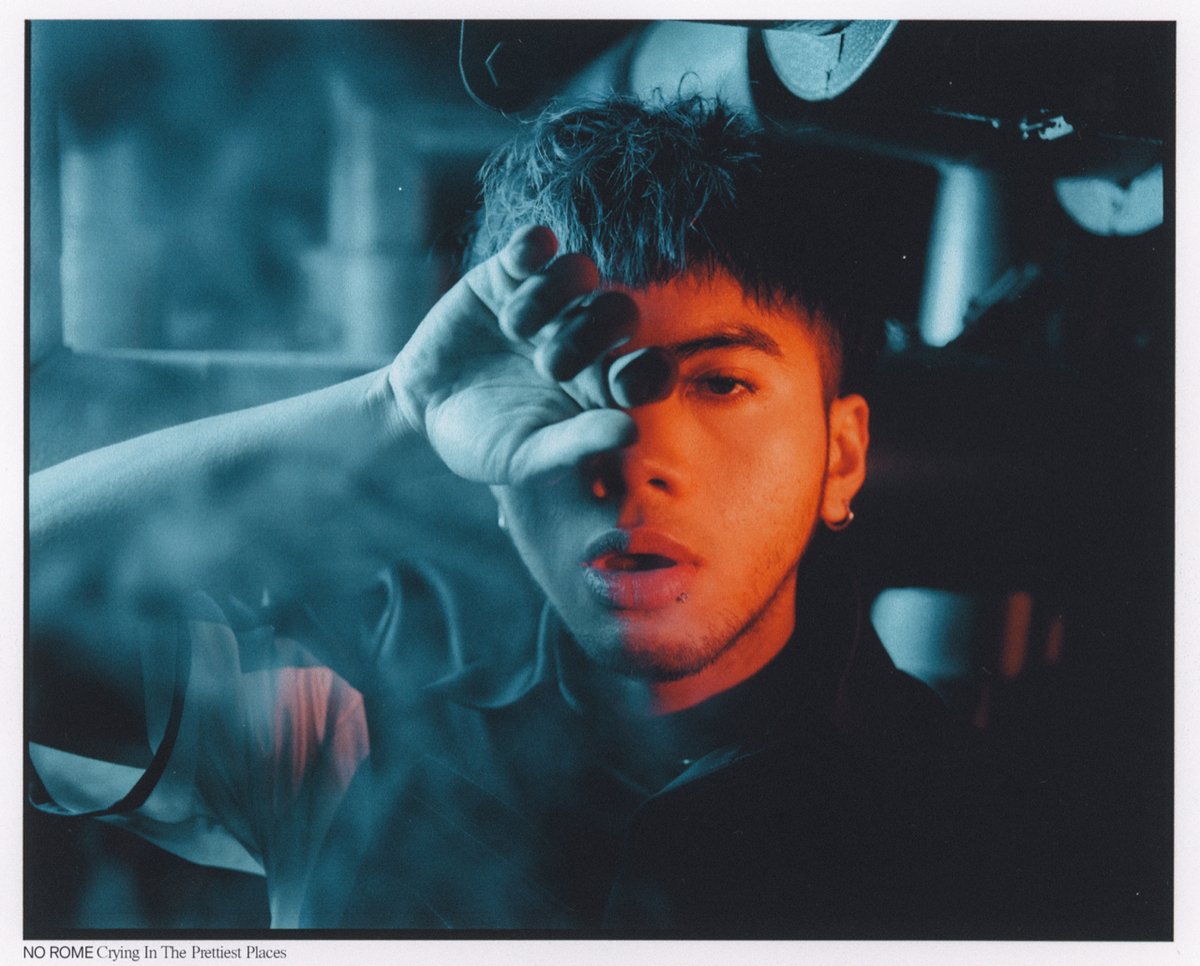 No Rome – “Crying In The Prettiest Places”

I fell in love with No Rome the first time I heard “Narcissist” back in October. I have watched the music video more times than should probably be legal. I’ve streamed “Saint Laurent” enough times to send it platinum. So saying I’m excited for Crying In The Prettiest Places is a vast understatement.

On both of his EPs, No Rome (real name Rome Gomez) is co-produced by Matty Healy & George Daniel of The 1975. On the first EP, RIP Indo Hisashi, you could feel their influence more strongly. Certain sounds would play and my mind would flash over to a song off of a past 1975 release. This EP feels more like a sound developed for Rome. Not that either is better or worse than the other! But I feel like now I have a better idea of his own individual sound with this collection of songs.

“Cashmoney” is an incredible single and a spot-on segue between EPs. It’s the perfect midpoint. The video for “Pink” just came out today — which could get me into a whole other conversation about switching to vertical video — and I just love the whole package here. The sounds, the visuals, everything. “Stoned In The Valley” may be my early favourite though… stand by for me changing my mind 16 times, but right now that’s where we’re at.

It’s wild because in just the few months since the last EP, Rome sounds so much more… confident? I don’t know how to explain it. But this EP feels more free and brave. It spans so many different ideas & genres, which takes a certain amount of BDE to approach as a new artist. I love it.

I don’t entirely understand the corporate structure at Dirty Hit, but it’s cool to see how involved the artists get with each other. I’ve never seen a label where everyone seems so genuinely invested in all bringing each other up. Seeing Rome hit the Coachella stage with The 1975 last month… felt so good. We need more artists bringing each other up in this industry, instead of stepping on whoever they need to in order to get ahead. Dirty Hit seems to really be carrying the torch on that, and I’m thrilled to see it.

I love Rome, and I’m so excited to lose my mind when he plays Toronto on June 3rd. I’m going to be an absolute wreck. This EP will definitely have me crying in all of the prettiest places, and I look forward to every moment.