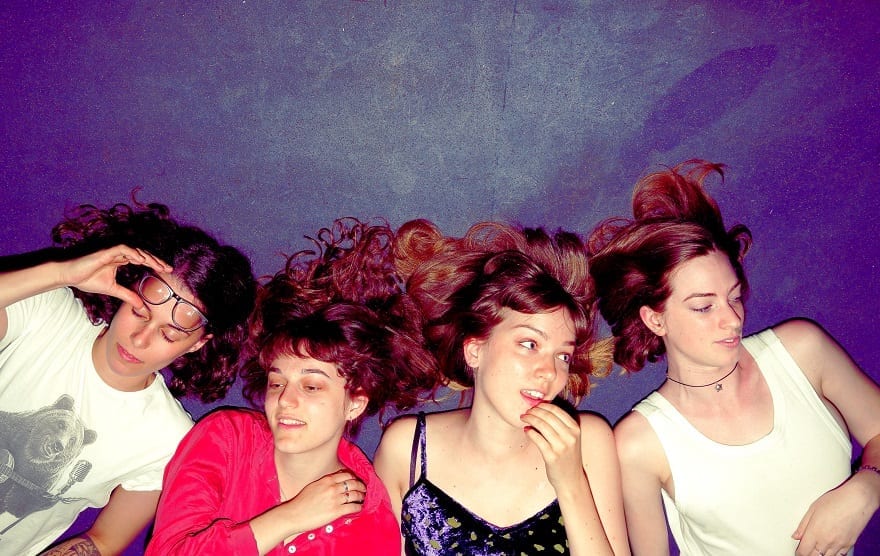 I’ve discovered a lot of music worth getting excited over this year, but nothing like The Big Moon. Have you ever seen a band and known in 30 seconds that they’ll be important to you? Yeah, that’s The Big Moon. They are my ideal girl band and I feel lucky to have found them. For the month of December, I decided it would only be right to bring you a new band every Monday. Why not start the new year with a few bands to keep an eye out for? The first band I present to you – as if you didn’t guess already – is The Big Moon. The Big Moon is an alternative band from London, made up of 4 of the coolest women I think I’ve ever seen/heard. From their casual 90s look to their perfect alt-rock sound, I have never wanted to join a band more. Their own original songs were phenomenal. “Cupid” was the one that hooked me, but “Sucker” said I’d be driving hours to catch any show even remotely close to me. I say over and over again that I’m bad at reviewing music because I can’t put those specific thoughts into words. Today, I’ve found a GIF that explains how I felt in the audience.

I went to see The Japanese House in Toronto last week and arrived just in time for the opening act. Normally I arrive with time to spare, but traffic wasn’t good and I wasn’t too worried. Holy smokes, I would have been heartbroken if I’d missed this set and later realized how incredible they are. I started to fall in love and then heard those unfortunate words…”we’re going to play a Madonna cover”. My nightmare. But then…they covered the one Madonna song I like, “Beautiful Stranger“. And you know what? It was my favourite part of the night. Sometimes bands cover songs and don’t give it their own spin, but you could never accuse The Big Moon of not making this song their bitch.

And then tell them I sent ya. ?

What music would you recommend from 2016?