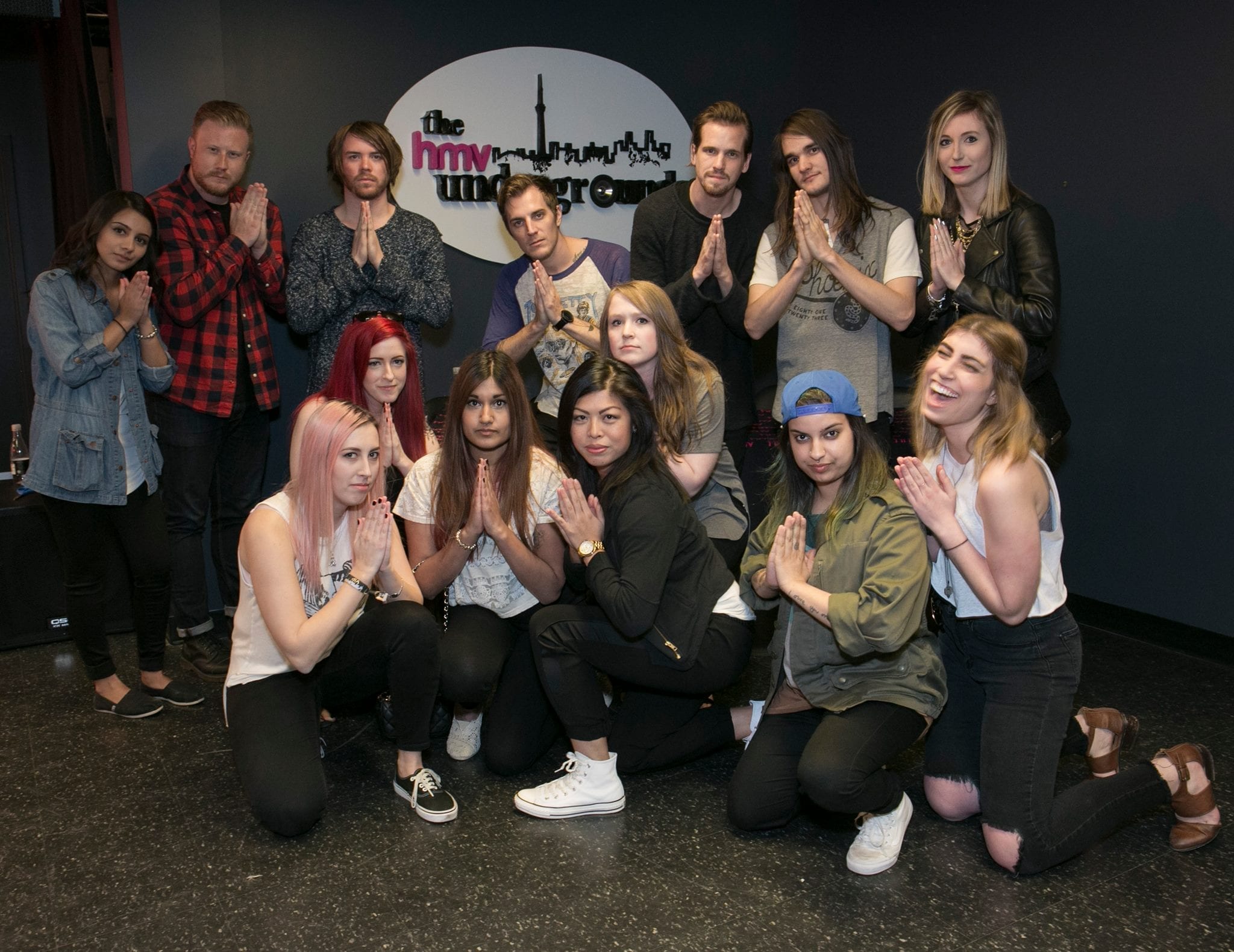 How To Build The Ultimate Squad

Squad goals. You’ve heard this phrase at least a half billion times in 2015. Some are completely against the concept of a squad because they come across as exclusionary. My personal stance is that it’s a good way to refer to all of your friends when you’ve formed a sort of unit. It makes the people within the group feel less like there is a hierarchy when you’re a squad. Just from experience, that’s how I see it.

But what if you don’t have a squad? Well, first off, anything can be a squad. Your family, your pets, your online squad (holla) (holla again), your concert squad, your Denny’s squad, people who photobomb you (holla once more)…the possibilities are endless.

Here are some great tips to help you build the ultimate squad from the ground up. Since people can be part of many squads, you can recruit anyone you want. Plus, one person can fill multiple roles within the squad which makes things easier. I also feel strongly about having a one-man squad, where you always have your own back and support your own hopes and dreams. Okay, enough out of me. Let’s get into it.

The One Who Is The Mom

You always have one friend who is reminding everyone to take out their contacts, making sure everyone gets on the right bus, helping pick a place to eat, and generally making sure the rest of the squad doesn’t die from lack of ability to do these things unsupervised. We salute you for all your efforts.

The One Who Makes Plans

Yeah, the squad keeps saying “let’s all go to Disney World!” or “let’s coordinate schedules and find a time we can all meet up!” but you know it’s never going to happen unless the one with the plan makes it so. One person needs to keep tirelessly contacting everyone else saying “has everyone checked their schedules yet?” or “has everyone booked their flights?” or else the time will pass and everyone will wonder why things never worked out. The one with the plan. Vital to any long-distance squad.

The One Who Has Ideas/Schemes

There’s always one person in the squad that’s coming up with Always Sunny-level ridiculous schemes that everyone needs to join in on, but the role ends with the idea. Once the plan comes to fruition, it becomes a lot less exciting to This One because their part is done. This is my role in every squad I’ve ever been in. Constantly coming up with marketing plans and business ventures and ideas for trips and YouTube channels and every possible thing you could think of…but I just like having ideas and talking about them. The number of times they’ve actually become anything is much lower. This does, however, work pretty well for getting the whole squad collaborating and often leads to breakthroughs on other projects.

Each of my squads has multiples of this. The friend who can’t seem to NOT advance their career and their life at every turn and is the absolute coolest while doing it. You love seeing them succeed and use their experiences to remind yourself that you too can excel at this age (my go-to excuse is “no one has their life together at 23”). Whether it’s a super cool internship, a company they started in their basement, or accidentally becoming a greeting card designer…this member of the squad is making everyone look good.

The One With Good Taste

When you feel like you haven’t found a new band to love in a while, this friend is who you’re going to turn to. They always know what they’re talking about and can adjust their recommendation based on what you like (because they already know what you’ll like). Same goes for movies, TV shows, clothing brands…anything where someone could either have good or bad taste, this friend knows just the place for you.

The One Who Travels

One of your friends travels a lot. I don’t mean they went on one trip this summer. I mean there is a definite chance you don’t know where this friend is at this exact moment and don’t want to call/text in case their location is long distance. They travel everywhere. Not just exciting destinations, but like…they’re even travelling to the boring American states. Or like…most of Canada. But they definitely spark the wanderlust in you, and their energy makes you completely 100% down to jump in the car and go to Kansas with them on a Tuesday afternoon just because.

The One Who Is Your Guidance Counselor

Even though you can ask the whole squad for advice and opinions, there’s always the one person whose opinion means just a little bit more. Maybe it’s because they’ve lived a very full life and are almost always advising based on experience, maybe it’s because you feel like they’ve got their life in the best order. In any case, this friend is your counsel and has probably helped you avoid several bad haircuts, unnecessary purchases, and potentially regrettable relationships.

The One Who’s Up For Anything

And I mean anything. Want to go to the beach at midnight in a foreign country with a bunch of people you just met at the bar? This friend is totally going and might get stuck in the riptide and nearly get sucked out into the Mediterranean Sea. Does it sound like I’m speaking from experience? This person is in my squad. They always make life a little more fun and never make you feel stupid for wanting to do something lame, because they’re ready to have a good time no matter what’s happening. They are equally ready to go to the bar, go to a museum, or spontaneously follow a band on tour across the country.

As I mentioned before, one person can take on multiple roles. Along with that, one person could take on pieces of each role and build it into a whole new role. Squads are a very subjective medium. As long as y’all love each other like family, you’re good.