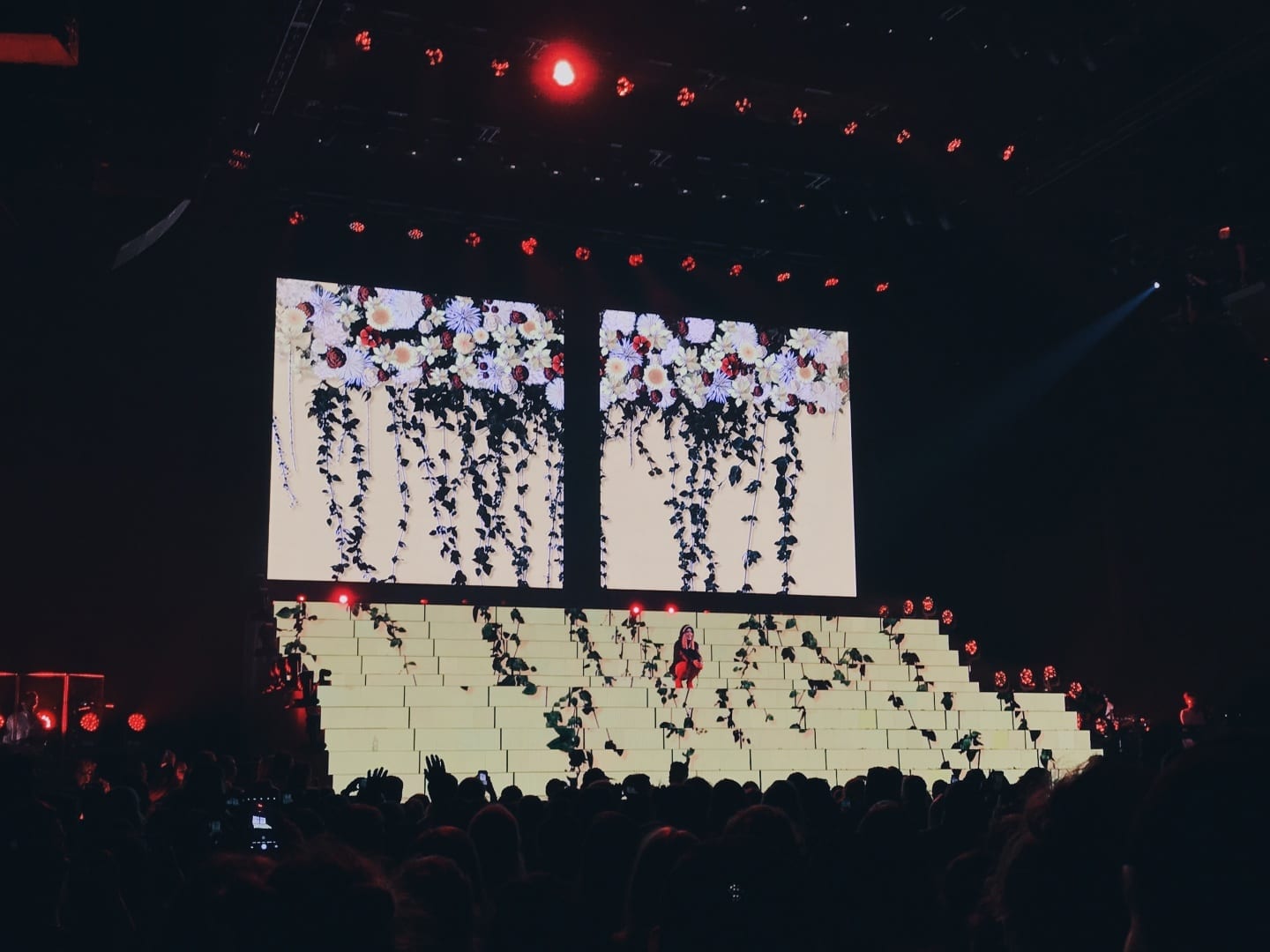 Have I told you about Halsey yet? If you knew me 3 years ago, that sentence just gave you wartime flashbacks to a different world. A world where I incessantly bothered my friends & coworkers to give this Jersey tumblr girl a chance. But it paid off — the gold BADLANDS plaque in my room reminds me every day that it’s worth it to support the people you believe in. And last night, I had it proven again when I saw the Hopeless Fountain Kingdom world tour roll through Toronto.

I’m a huge advocate for not alienating fans for stupid reasons.

If someone just discovered Halsey last night, no one should ever hold that against them. However, I also feel the need to yell from the rooftops about what life was like ~back in the day~.

I remember when I didn’t bother telling her to come to Toronto because she didn’t even have a passport. Back when I discovered Halsey, her entire following could have fit into the venue I saw her command yesterday. I remember the day Ghost came out, and when she started teasing a New Americana video that never came because she ended up signing to Astralwerks. I’m completely speechless when it comes to what she’s accomplished in just a few years.

So let’s talk about the HFK tour.

Halsey has always had the ability to take control of a room, no matter the size or stage setup. I’ve seen her play a variety of venues and her energy overwhelms you no matter where you are. But oh god, there is something surreal about seeing her alone on a gigantic stage with all the visuals she’s created. I felt like I was truly living in the HFK universe for her entire set, which — can we talk about that as well?? When I checked the time at 10:30, I got smacked with the realization that we were 90 minutes in and still hadn’t hit the encore. That’s incredible.

I’ve always enjoyed Halsey live, but I can also be critical of the artists I love. Her voice used to be more warbley, a bit more like the “indie singer” Vine… okay, exactly like the Vine. But after playing hundreds of shows, she’s gotten so much stronger & controlled. It’s like she earned enough exp points and leveled up right in front of our eyes. The choreographed dancing took me out of the show a bit, as it felt strangely out of character. But I mean, I haven’t understood the videos thus far either. I just keep telling myself “it’ll all make more sense as we learn more about HFK”. I’m still waiting for the moment when I figure it out. I think the most important part of the show for me was the company I was in.

I made Aaron start listening to Halsey the day we started dating, so I bought floor seats for the both of us. He works a lot of smaller venue shows and goes to bigger rock shows, but I don’t think he’s ever seen a show like this one before. He kept sharing his reactions with me as the show went on, and it honestly meant more than seeing her myself. I think he enjoyed it.

If you’re still deciding whether you want to attend the HFK tour or not, it’s totally up to you. Either way, you can find me in the kingdom…