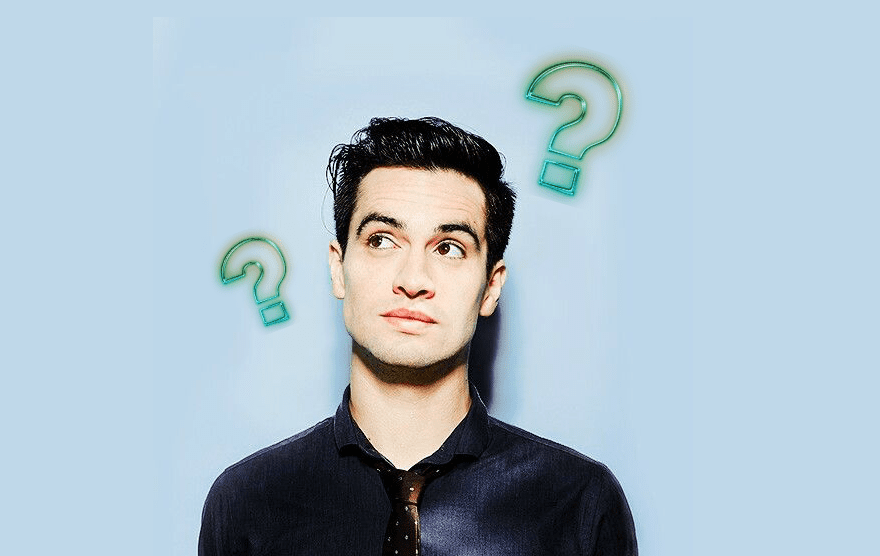 This morning, the Grammy nominees for 2017 were announced and I’ve never been so confused about the inner workings of the music industry. Sure, sometimes the Best New Artist award goes to someone it seems we’ve collectively never heard of. Sometimes Will Smith wins a Grammy for “Gettin’ Jiggy With It”. But this year, I’m confused about far more than the results. I’m staring at this nominee list, wondering how 2016 got even weirder in its final weeks. Let’s talk about it.

Let’s start with the good news. My smolest sons, Twenty One Pilots, are nominated for their first Grammy. Oh, and also four more Grammys. To put that in perspective, David Bowie has four nominations for his final body of work, Blackstar. Twenty One Pilots has one more than that. What is going ON, 2016?? Remember when Blurryface dropped and the lead single literally said, “this song will never be on the radio even if my clique were to pick and the people were to vote, it’s the few, the proud, and the emotional”? I’m still proud and emotional (very emotional), but few I am not.

It’s so weird hearing Tyler and Josh on the radio all the time, not because I think it’s hard to release them to the mainstream but because it seems wrong to hear any of their songs out of the context of the album. How do people listen without knowing the full story? It boggles my mind, but apparently it worked because…5 Grammy nominations. I’m not crying, you’re crying. Oh no, wait, I am crying.

HOW. This band has been around for 24 years, releasing dick joke after beastiality joke…and now they’re Grammy nominated? That alone is shocking enough for me. Can you imagine?

“Built This Pool” off the Grammy nominated album, California
“I Wanna Fuck A Dog” by Grammy nominees, Blink-182

I love Blink as much as the next degenerate, but it’s not based in their critical acclaim. Curse you, Matt Skiba! Coming in here and classing up the place, making me feel unwelcome. Curse you!

Next issue: How dare you do this to Tom DeLonge?? He’s out in the universe researching extraterrestrials – he’s literally 2016’s Fox Mulder – and you have the gall to give him this proverbial slap in the face? First off…no. Out of Blink’s albums, the self-titled should have been celebrated far more than this. Second…like…is no one else concerned that Tom will literally tell the aliens? He’s obviously too good for this earth and will be leaving soon enough; they’re not going to bring the rest of us off this dying planet if Tom doesn’t want us to go.

Tom: you’ve been tha voyce insaayddd maay yeaaaad since I was a kid, please don’t leave me here with New Blink, their live show is so subpar please help me

Panic! At The Disco

I don’t even want to get into this because I know it’s going to upset someone but…how have we let Brendon Urie do this? His ego has inflated so much, it’s bursting out of his forehead. He is literally the only man left standing in a band where he didn’t originally write the music, which tells me he should call himself Brendon Urie because this is no longer Panic! an- y’know what, let’s skip that.

Death Of A Bachelor was not so much a good album as it was one long ego trip, with Brendon living out his Sinatra dreams. As a lifelong Panic! fan, none of the songs grabbed me. It hurts me that DOAB is Grammy nominated and Vices & Virtues has become dust in the wind. It hurts me more that the rest of the band is also dust in the wind.

I miss the 3 weeks where Dallon was a real member of the band.

I TRUST NO ONE

She has 9 nominations, everything is fine.

What are your thoughts on the nominations?

What were you excited/upset about?