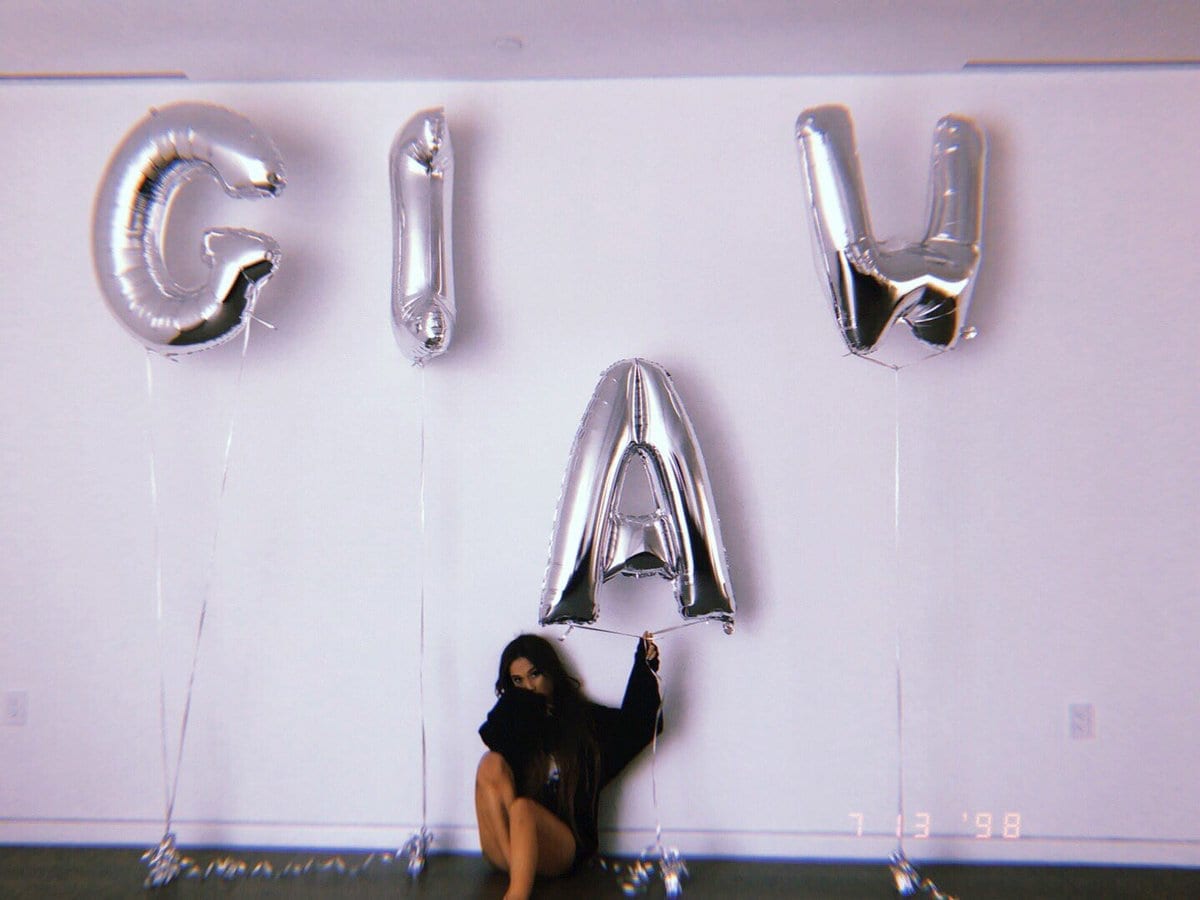 God Is A Woman And Her Name is Ariana Grande

I love Ariana Grande. I love her music, I think she’s wonderful, and she’s one of my favourite people to follow on Twitter. This album cycle is off to a good start, but “God Is A Woman” is an obvious high point already. I’m OBSESSED. In the words of Ari herself, honest to god 👏knock👏me👏out👏.

This song convinced me that God is a woman, and her name is Ariana Grande.

I used to be a bit of an Ari agnostic, I guess. I didn’t fully ~get~ it. I wasn’t watching Nickelodeon when she was on it. I wasn’t an early adopter, I hadn’t had a moment that brought me into the light. I hadn’t yet had the “oh my god this is Mariah in her prime, reincarnated!!!” epiphany.

I worked on her Canadian marketing team for Yours Truly and My Everything, and somehow still held out on falling 100% in love with this lil ANGEL. I didn’t have any problems with her… I just hadn’t had the urge yet to start a Twitter stan account. Then she had a tour date coming through Toronto and a ton of her singles had reached certification status, along with the album. I was in charge of getting an award made to showcase her current achievements. I really wanted it to be cool, I felt like it was such a waste when awards were made and they were so basic… like why bother half-assing celebrating an achievement like hers? So I helped put together a design with my friends at the award company and Music Canada (we were literally the dream team).

The award turned out beautiful, and I decided it would be fun to tag along for the award presentation and see the show. I tried to be good about seeing artists I didn’t always listen to live, because it often changed my perception… and oh my god. Meeting Ariana was like having that divine intervention that makes you believe in a higher power. I met her and suddenly I believed.

She came bouncing into the room on 5 inch heels, which still remains the most impressive feat I’ve ever seen (note: I put on heels, get vertigo, and pass out). I don’t say “bouncing” as some diminutive ~manic pixie dream girl~ descriptor. She was literally bouncing and kicking her legs up over her head and screaming. I immediately connected with her, and she immediately locked onto my pink hair with laser focus. She ran over and hugged me, whispering “literally give me your hair” in my ear (I literally would have ripped it off my head for her and we’d only known each other for 45 seconds).

Then the award came out. She lost it, and was so excited that it matched my hair. Everyone told her I made it and she just… I know it sounds dumb, but she kept telling me how much she loved it and how she was gonna put it in her room at home and it meant the WORLD to me because no one ever commented on things like that. No other artist was ever asking about who designed the award or who helped do the admin work at the office, so I didn’t always receive that kind of recognition for my contributions. It felt amazing.

Her mom — Joan Grande herself!!! — came up to me after to say that Ariana NEVER kept awards at their house (we love a humble queen) and how she must really love the award to want to keep it with her. The label offered to take the award and mail it to her, and she refused to part with it so she could take it with her on the tour bus. Like does this sound dumb to you??? I know it does, but it was just such a MOMENT for me. An artist cared about something I did for them. And I saw the light.

Then we went to our seats to take in the show itself and I cannot explain to you how quickly I flew up Ariana’s ass, like I live up there now. She’s INCREDIBLE. Her voice? Wack. Her outfits? Wack. Her ability to dance in heels??? WACK.

I am so beyond grateful that I had this dumb interaction that meant literally zip zero zilch to anyone else, but meant the absolute world to me. It means I get to be have level of commitment to Sweetener, and I don’t even have to pretend to be ~too cool~ about it because I don’t work for her label anymore. I can love it loudly and tell everyone how perfect I think she is in every way and how I JUST WANT TO SEE PHOTOS OF HER HARRY POTTER WEDDING WITH PETE DAVIDSON ALRIGHT, like I swear they’re gonna do an unbreakable vow at the alter and — I literally just stopped writing and put my head in my hands to sob for a second because she is living the dream this is THE DREAM.

So yeah, that’s my story. It’s not a very exciting one to anyone but me, but it truly made me believe in the power of a very small woman with a very big voice. God is a woman and her name is Ariana Grande.

I would love to hear your stories about discovering Ariana below + your thoughts on her new music!!