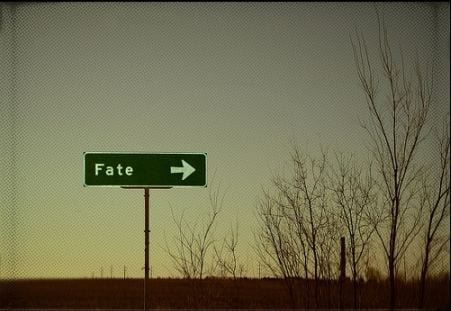 Do things ever happen that seem too eerily coincidental to not be fate? But you brush it off because coincidences happen and obviously it doesn’t mean anything…

For example, I just saw this ad on Facebook with a bunch of tropical destinations and the temperatures they would be hitting in December (a far cry from the average -40 we’ll be expecting in Toronto). The ad was advertising for “jobbatical“, a company that pairs people up with startup jobs in other countries for a contracted period of time so they could work in another country for a while. I decided to click through for fun. The city it had pre-typed in was “England”, which uh…seemed like a crazy coincidence to start. Then, after clicking through, the first result to come up was a job for a “music-minded marketer in London” starting next month.

Now I’m not saying I’m going to uproot my life and chase this job I found on a Facebook ad. But do you ever feel like coincidences have to be more than that? Just a few weeks ago, a job posting went up in Toronto where I thought “would I be good for this?” and 10 minutes later had it sent to me on Snapchat by a friend with the caption “you would be perfect for this!”. Sometimes it seems like there’s something more at play.

Trust your instincts. If you feel like fate is grabbing you by the shoulders and shaking you awake, trying desperately to get your attention…either Little Timmy’s stuck in the well or something is calling to you. I’m a believer in fate. I don’t believe that you should just sit by and let things happen because fate will just ~~make it happen~~, but I do believe that once you start taking action these things will start to fall into place. Or maybe it’s just that as someone who has never been religious, I just need something to keep me feeling like there’s a bigger plan when things start to fall to pieces.

If you feel like things are too coincidental, maybe the universe is trying to tell you something. Even if it isn’t and I’m just taking crazy pills, maybe you thinking it’s something more is your brain’s way of telling you that you want something more. Maybe you owe it to yourself to follow your gut and see what happens.

Or maybe Facebook’s ad targeting has improved and it’s all just a coincidence.