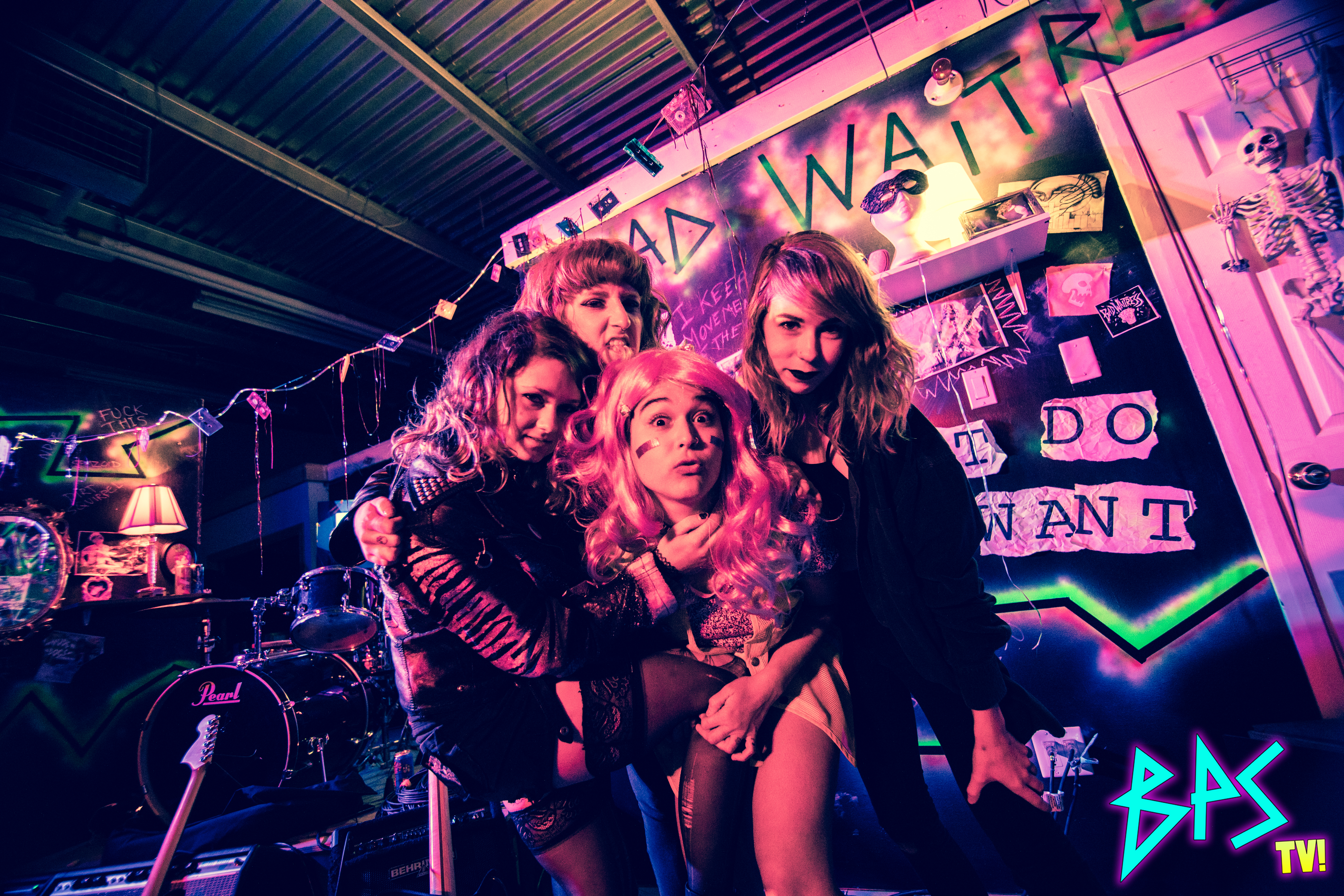 The internet is infinite. Maybe you find something you forgot about from your past & realize we all lived the same childhood. Sometimes you find fandom and community. Often you find a Twitter fight with someone who’s got nothing but time. But sometimes — on a rare occasion, if your timing is just right — you find someone as incredible as Brittpaperscissors (aka Brittany Farhat).

I wish I could remember the story behind how Britt & I became internet friends. I think it was when they started working at Universal and I saw my friends there linking to their pins, but I honestly just remember becoming infatuated with their work immediately. Britt used to have a series with Royal Mountain Records called Custom Kitchen where they would fully design & decorate a kitchen space for live band performances and I thought that was the coolest thing I had ever seen.

And then today, Britt launched BPS TV… and outdid herself.

First off, let’s just go through the details on this because each one is better than the last. Britt and her all womxn camera crew DIY’d this warehouse space to film a live performance by an all womxn band, Toronto punks Bad Waitress. It was totally funded by the sales from Britt’s webstore, and it’s totally badass.

Britt’s mission with this channel is to create a “video zine” and I feel like that’s the exact energy it gives off. It’s quick, it pulls you in, and it inspires you to create something cool too. I haven’t filmed a video in a month but I watched this last night and felt like Jimmy Neutron when he thinks hard. Total brain blast.

I’ve spent a lot of time in the last few years really diving in to my local scene. Music discovery is easy in the internet age, but specifically finding things in your area takes a little more precision. But once you find one… the whole sweater start to unravel. Through Britt, I’ve discovered countless other musicians and artists, and discovered even more through those people… and so on. The effort is so worth it.

I love everything about this, and I’m dying to see what other videos they’ve got in store for us. If you want to show Britt some love for the new series, subscribe to BPS TV! You can also find Brittpaperscissors on Twitter & Instagram, or you can shop the store as well!