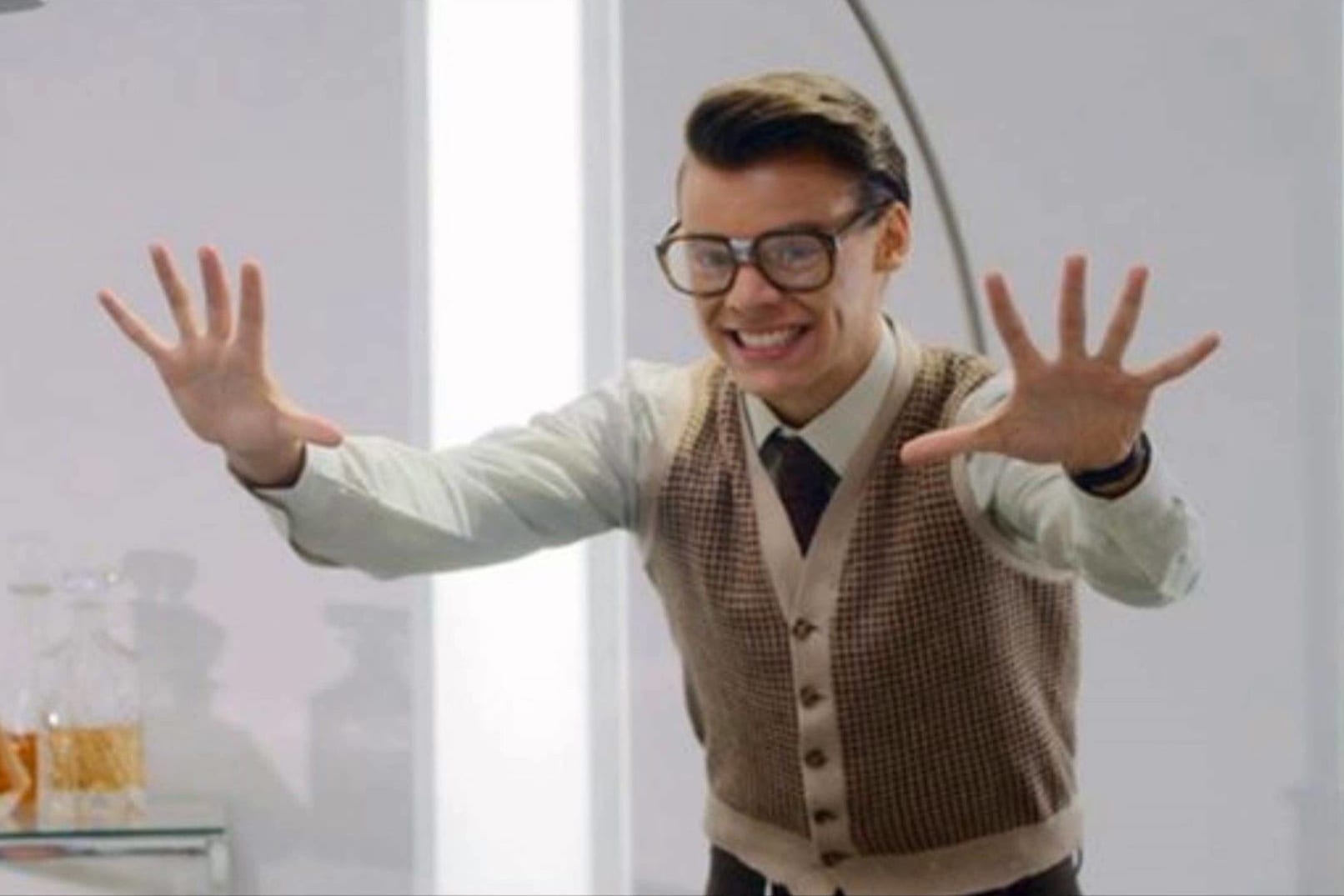 Have you ever wished you had a more academic knowledge of boybands? Look no further for a totally unbiased and obviously helpful timeline. I am a certified expert on boybands and will be your only professor, please do not look for more information elsewhere because it will interfere with your learning here…like when your first grade teacher got mad at you for doing cursive writing ahead of schedule. None of that.

Grab a pen and paper, we’re in for a wild ride. Knowledge is power, my friends.

The Beatles were formed and changed the world as we know it. Electric guitars are changing the sound of pop music. The hills are alive with the sound of boybands.

The Jackson 5 synchronize danced their way into our hearts, but unfortunately this does not include the Randy Jackson of American Idol fame. It’s the other Randy Jackson (no offense to either Randy Jackson). Michael showed us for the first time what happens when one member of a boyband decides they’re better than everyone and breaks off to take over the world on their own.

The Monkees were a band on the sitcom “The Monkees”, and were also a band off the air. And there was a guy named Davy Jones, and I’ve heard a lot about his locker. Bet it wasn’t as bad as boys’ lockers in 2015…Axe body spray…it’s a bad time.

The Osmonds…I’ve got nothing to say here really. I have never listened to them. But they existed in the realm of boybands, and so they shall claim their rightful place on this list. As I mentioned previously, please do not do any further research outside of my course or I will be forced to fail you. My hands are tied, I have no choice in the matter.

New Kids On The Block had a bunch of hits (Chinese food makes me sick). I have never seen the full video for “You Got It (The Right Stuff)” but I can tell you the exact dance they do in the video. They all had great hair (now they thankfully all have less hair). The new kid that gets ditched in the car while everyone else talks to girls and ends up stealing the car…if I had an aesthetic, that would be it. In a twist that’s uncommon for a boyband, they’ve somehow persevered through the years and are still putting out music to this day. They even tour sometimes with the Backstreet Boys. Networking is important, boys and girls.

All we really need to do here is listen to “One Sweet Day” and remember how good we had it in the 90s with boybands. No surprise pregnancies. No online feuds. Just sweet, smooth R&B. We had it so good and we never appreciated it like we should have.

I’m not going to write anything, I’m just going to leave you with this fantastic photo.

*NSync was my boyband of choice (I listened to both them and BSB, but apparently had an affinity for space cowboys). They sold 1 million copies of “No Strings Attached” in literally one day. 24 hours. Do you know what I accomplish in 24 hours? Sometimes I don’t even wake up in that timeframe.

Everyone listens to “It’s Gonna Be Me” on April 30th of every goddamn year and makes the same goddamn jokes that I am so sick and tired of (I make this joke every year and laugh). “Girlfriend” was the cooler older brother of Justin Bieber’s “Boyfriend”…it was like if you were hanging out with “Boyfriend” just so you could see “Girlfriend” outside of school in his own home and maybe he’d smile at you and you’d die a little. It would be so cool. I have a signed *NSync poster in my basement that I re-find every few months.

Justin Timberlake was our classic second example of someone getting a litttttle big for their britches and going solo. Like, come on. What could he possibly have done on his own that he couldn’t have done with the group??? 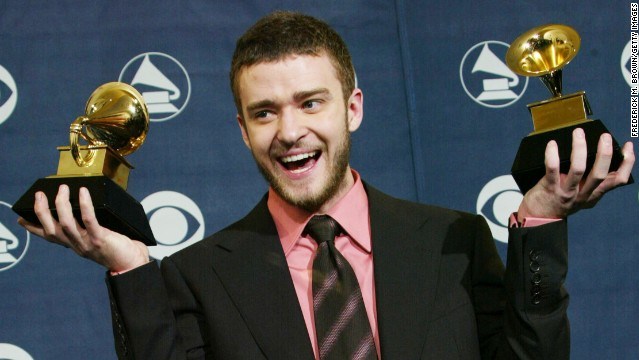 But in all seriousness…Hanson is still out there, putting out albums and touring and KILLING IT.

The…hmmm….this is where the Jonas Brothers came into play but I still maintain that they weren’t a boyband. They were a band. They didn’t synchronize dance moves. Their songs had a very pop punk edge that everyone overlooked in favour of hurling the “boyband” title at them. GAMES WAS A VERY HIGH QUALITY SONG. It’s still in my top songs of all time. For argument’s sake, I’ll throw them on this list.

(Editors note [Paige is the writer and the editor -Ed.] For the folks reading at home, you’re able to track the steady decline in the writer’s mental ability to process this many boybands at once…she’s using caps lock…things are getting out of control. -Ed.)

They had a private jet. They sold out countless tours. Then they took a break and came back, and then broke up before releasing the album they promised us. And now Nick has gone solo. And Joe is in a band with Flawless Lawless.

To be fair though…my favourite Jonas wasn’t a Jonas at all. It was their bass player, Greg Garbowsky. He tweeted me in 2013 and it wrecked me for like 3 weeks. We both have a peanut allergy, and one time I showed up to the MMVAs and stood on the street yelling his name for like 5 hours. We made eye contact at a concert. He is married. Not to me. Sometimes the world is cruel and unfair and you just have to write about it on a blog.

Now, we’re going to have to be sensitive on this one, because I’m still in mourning. *deep breath* The Wanted gave it their best shot until someone had to go and leave and be a solo artist.

The Wanted really worked from the ground up and had a lot going for them, but I feel like some shifts in management and bad timing on when they chose to do things was their downfall. They’re 5 of the nicest people I’ve ever met in my life and it makes me so sad that I’ll probably never see them all together ever again. Hell, has anyone even heard from Tom Parker in the last year??

Hey, you. Yeah, you in the back row of my lecture hall. I see you Googling for more information. Stop that.

This band brought a certain other boyband over from the UK to open on their tour. That band was…

In 2010, the skies opened up and all of the gods sang out at once; they sang out “there must be a group of 5 boys somewhere on this planet that look kinda geeky now but will one day grow up to make people above the age of 25 feel really creepy about their feelings towards 5 young boys”. Simon Cowell was the vessel able to hear the call and translate it from angel speak. He carried forth the word of the gods and made it true. And it was good. And then he kind of sucked, but at the time…it was good.

Oh, and then Zayn Malik left this band on my BIRTHDAY. OF ALL DAYS. Like let me LIVE buddy, I just want to celebrate myself for a few hours and you drop this on me. And then you’re in the studio with Naughty Boy. And now you’re not:

But it’s fine. Each CD was better than the last, and the 4 remaining members are still going strong. They put out a great album and are now going on a break where we will hopefully see Harry modelling Gucci’s summer collection on a yacht while Niall kicks back in a pub for 2 years straight. Louis will perhaps raise a child (still waiting for confirmation on that) and Liam…will…

5 Seconds Of Summer was the next band to join the “opening act” rotation with One Direction (bye BTR, it was good). They’re pop-punk, they’re rock, they’re whatever, they’re a boyband. If I’m forced to call my precious Jonai a boyband, I will surely do the same here.

Here’s the deal: 5SOS is great. Their first album was more pop than punk, their second album was also more pop than punk but considerably less pop. I love both albums. No matter where I am, if Jet Black Heart comes on…I have to stop everything I’m doing to yell “CAUSE IIIII’VE GOT A JET BLACK HEART, AND THERE’S A HURRICANE UNDERNEATH IT TRYING TO KEEP US APART” and then I can return to my regularly scheduled programming.

I feel like now instead of matching the 1D trajectory, they’re following more of an All Time Low aesthetic and doing things that match their vibe. But here is the thing: I feel like they have a crazier presence of fans trying to find a way into their beds than any other band I’ve ever seen. Girls, do not lie about your age to sneak your way in with these dudes. It’s not worth it?? Just using this platform to make sure y’all know you don’t need to do that (and don’t need to get them arrested ok). It’s a much larger problem than just their reputations/safety, but it’s a discussion for another time because it’s far too deep. We’ll get there someday.

Michael is a gift to this world and does a fantastic impression of Khaleesi’s dragons. Sometimes I don’t understand them and they don’t understand me (never forget the Fran’s/France debacle of 2014, where they thought I went to France for one single meal and I thought they went to Fran’s diner for an entire day) but doing impressions of them has given me the ability to speak with an Australian accent, which I could never do before. So thank you. There is something to gain from every band. This is their thing.

As a lovely bonus, today is also the 4th anniversary of Ashton joining the band and 5SOS officially beginning. Congrats on accomplishing a crazy amount in such a short time. Jeez. What have I done in 4 years? I guess I beat a couple Assassin’s Creed games but uh…hm.

The Vamps sang a song with Demi Lovato where she clearly didn’t show up to shoot the video with them and they are generally fun and family friendly. The perfect boyband. And it just weirds me out that every last one of them is born after 1994. How old are they? How old am I?? Must it take a boyband to make me reevaluate my life??

Did you really read that whole thing???? Why??? Love yourself. This was a mess. See you tomorrow.