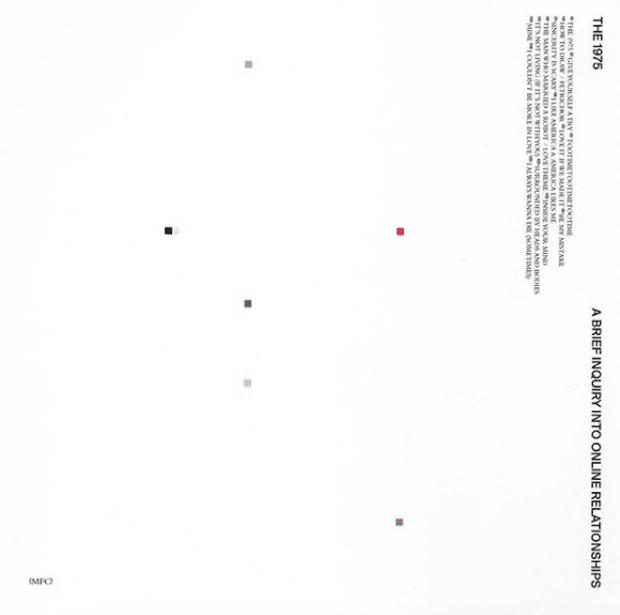 A Brief Inquiry Into The 1975’s New Album

Hello everyone, it’s November 30th which means my most anticipated album of 2018 has finally landed. The 1975 has just graced us with A Brief Inquiry Into Online Relationships mere months ahead of their next album release (which… my heart definitely can’t handle so we’ll hold off on thinking about it).

I was absolutely BLESSED to find a copy of the album in my inbox a week ahead of the release because the devil works hard but Jamie Oborne works harder. This blog post serves as a brief inquiry into the album, but you can watch my first listen here. 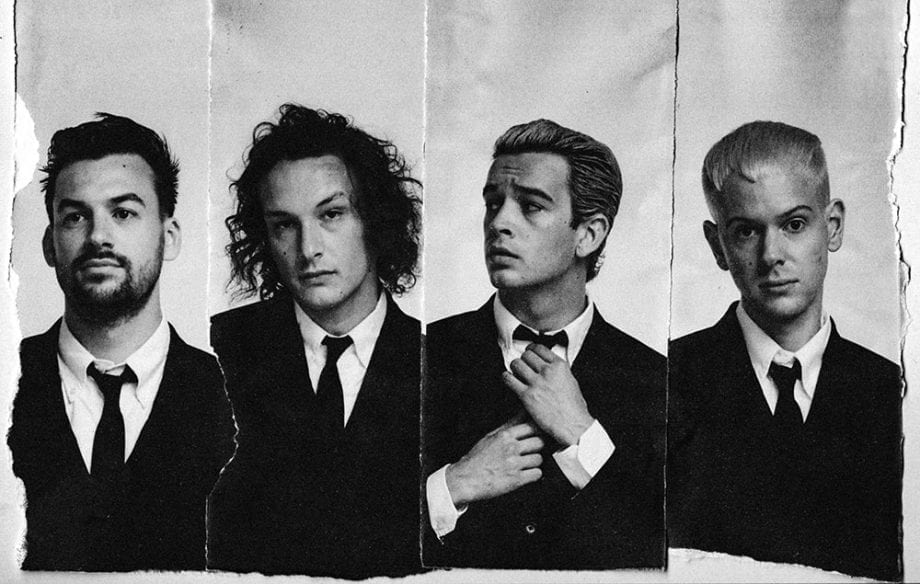 Otherwise, let’s jump in and feel our feelings. Briefly.

I literally got jump scared when the vocals started, which is… embarrassing but fine. I like starting off the album with something familiar because it makes me feel safe. My therapist definitely would have something to say about this.

2. Give Yourself A Try

YEEHAW! The first time I heard this, I was startled and confused but my ears wanted to keep hearing it. I can’t explain it better than that. My mind said no but my mind also said yes. And now, we stan.

I have burned so many calories dancing to this song. After I started taking my proper thyroid medication and I started becoming Awake, I would sit in bed at 3am dancing to this song just so I could burn enough energy to fall asleep. I’ve watched the music video a really alarming number of times, and I reenact it daily. I flip flop over which of the singles was my favourite but I think it was this one. No it’s… yeah it’s this — wait maybe, uhhhhh…???

I don’t know what I expected. We already got “How To Draw” back with ILIWYS and yet somehow I was still shocked the whole way through. What a beautiful song. And when it flips into the “Petrichor” segment? *chef’s kiss* incredible.

This is gonna be a classic, I’m pretty sure. The combination of it being a perfectly crafted song and the political messaging behind it is going to make it culturally relevant forever. It’s fun to listen to and an artifact of where we’re at in 2018. Also it makes me want to dance like Michael Jackson but I don’t have the moves.

My mistake was listening to this in the car and crying my damn eyes out while trying to operate a motor vehicle.

Sincerity is absolutely scary and I am making a pointed effort to add more sincerity and honesty into my social media posting. It’s so easy to see other people talking about their best moments and feel like you’re falling behind, so if you’re ever feeling bad about things… just check my account and read about my mess. The music video for this song makes me weepy because I just love Healthy Matty Healy so much, and also this song.

I thought this was a parody on Kanye, but it turns out it was a parody on Soundcloud rappers and mumble rap…. which I think sadly says a lot about Kanye these days. Knowing the meaning behind this song makes me feel uncultured for loving it, but maybe I can claim that the lyrics make up for it? Or something? Idk anymore, who cares.

9. The Man Who Married A Robot / Love Theme

I have never lost my mind as much as I did when the Siri voice came in on this track. I could NEVER HAVE ANTICIPATED THIS. I’m still reeling. And then…. when he just casually DIED… I think I literally had an out of body experience and watched myself gasping in shock.

Matty Healy is absolutely going to crack open a skull at every future show during this song and I hope he picks me.

12. Surrounded By Heads And Bodies

I didn’t know this was a reference to a David Foster Wallace book because I’m not cultured like Matty Healy, go figure.

Not a reference to the seagulls from “Finding Nemo” so I’m disappointed, but the song is absolutely beautiful and maybe will be my wedding song just for the joke of him saying he can’t say “I do” and then maybe I run from my wedding. Commitment!

me @ the 1975 (but also I love Matty’s explanation of this track for Pitchfork, I just love listening to him SPEAK)

me @ me, but also is this an Oasis track and also the ending sounds like I’m in Kokiri Forest in Ocarina of Time and that makes me just as nostalgic as the Oasis vibes so I’m just… feeling very emotional and it’s time to start again from the beginning.

A Brief Inquiry Into Online Relationships? 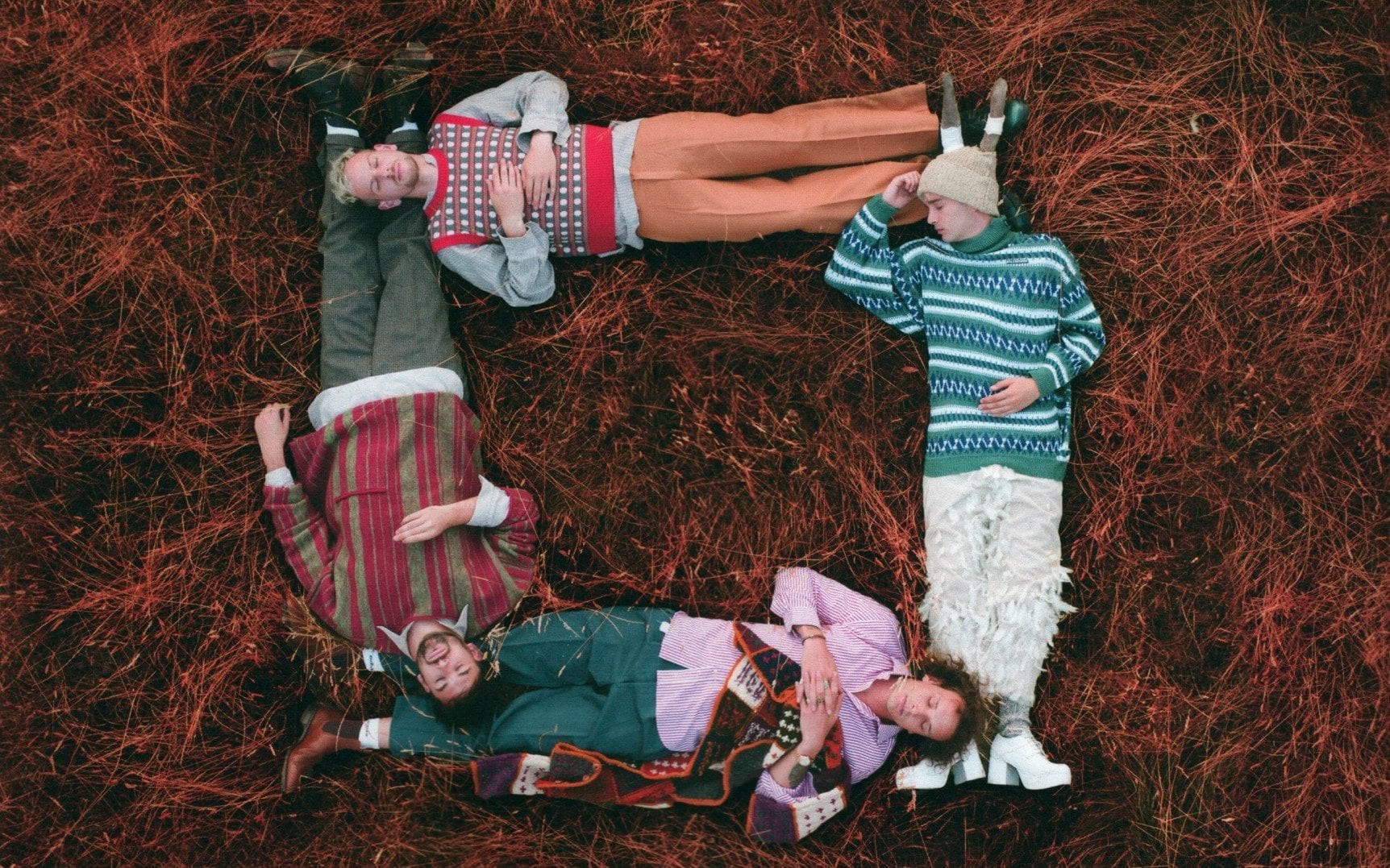