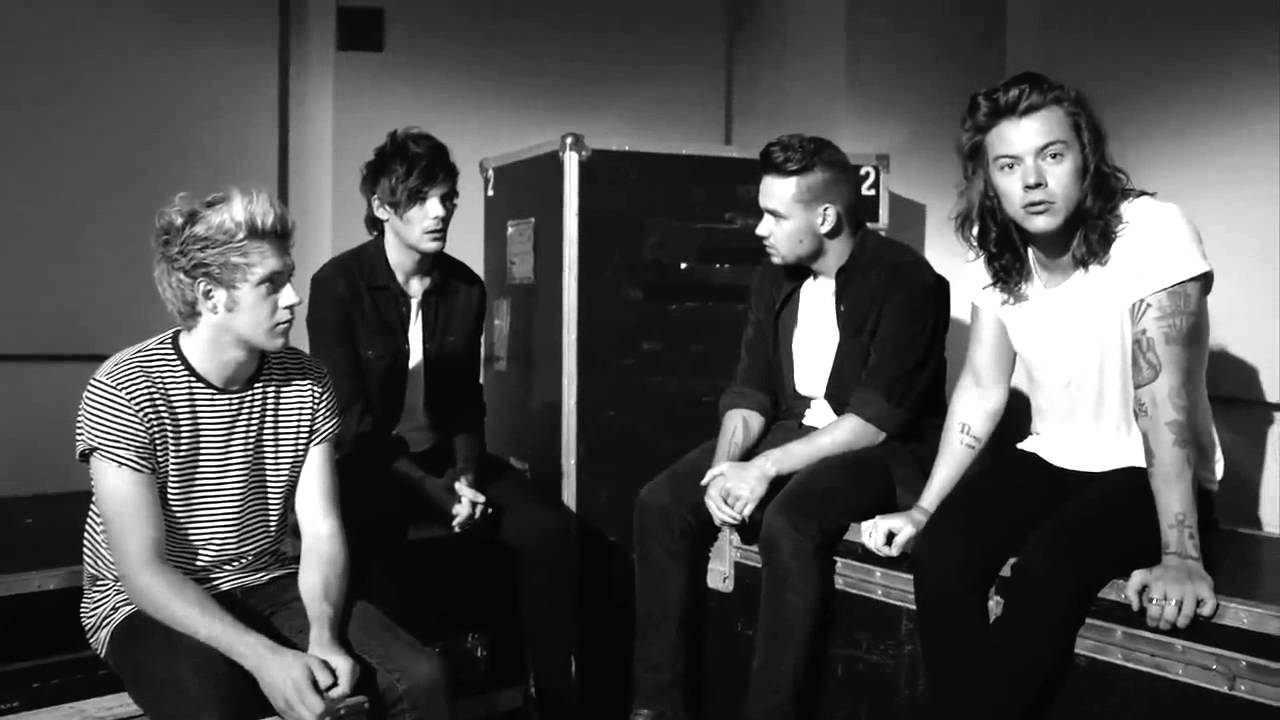 I originally thought about ranking every song One Direction has ever made from best to worst. Then I almost threw up out of fear of attempting the impossible. So in honour of the most lovely Friday the 13th on record, we are going to rank each of the songs off of 1D’s new album “Made In The A.M.” (the deluxe edition) from worst to best…or maybe just great to greater to greatest.

I’m going to bet at least one person sees this and automatically has a little less respect for what I’m doing. There are far too many people on this planet who think they’re too good for pop music and they’re lying to themselves and are taking it all way too seriously. It’s music; it’s supposed to make you feel something. If what I want to feel is “not so stressed and sad” after a long day, let me. Don’t tell me I’m a child, don’t tell me I’m killing music by letting boybands make money. Just let me listen to One Direction and love them and support good people and good music. I’ll make a full post someday about elitism in music fandom, but we’ll save that. It’s 1D’s day.

Before we begin, a PSA:

The internet is buzzing with ideas of how to make sure 1D locks in another #1 album before their hiatus. Here is what you can do to assist and help make it happen in Canada (because I’m so far up 1D’s collective ass that I can see out of their collective mouth and I want to give their collective angel self another #1):

Okay, with that out of the way, let’s begin.

I heard this song after LYG (since I listened in order) but this one hurt even more because it sounded like such a nice look back on the band…and also it said something about looking around and someone was missing and like……..Zayn….Zayn pain….it hurt more than #16 on the list so I shifted the whole list to throw this at the end. So much pain. I can’t handle this hiatus. They deserve a break, but I am in pain.

This is one of the very best tracks on the album. However, the opening lines make me think of the hiatus because it talks about things ending and how they don’t know if they can be friends after this, so I hate it. Even though it’s not about that. The implication in my mind is enough to make me write this song off until after I heal emotionally. It’s such a good song though. Like really very seriously incredible. But the hiatus…my heart’s already breaking baby, go on, twist the knife.

This song is good, just like every other one on the album…I just find that this one is…boring? Like it’s a good song technically and the lyrics are good, but it feels bland. I feel bad ranking anything low on this album. But someone’s gotta be at #15.

The song itself is fine, but the content just makes me sad. I know they’re saying they’re okay with being a temporary fix, but I want them to want more for themselves. You are all wonderful boys and you deserve someone who sees the stars and the galaxies in your eyes. Like me. You should all just date me.

I love this song. I love the chorus. I love the verses. However, the shift in flow between the verses and chorus…it’s too jarring to my ears. I love them separately, but together it’s not a smooth enough transition. I’ll get used to it eventually and I’ll be fine, but for the time being I have to rank it here (this whole ranking thing is really affecting me, I’m hating it).

Another fine song, but it doesn’t do anything for me. There were a couple songs here where after I heard them, I ended up holding the rest of the album to a higher standard…so unfortunately, this song came after I heard almost everything else there was to offer. Sorry “Wolves”, you were just up against too many supreme candidates.

I think I heard in an interview today that they think this is one of their best ever songs, so I feel bad not even ranking it in the top 10 out of this one album alone…but it’s hard to rank a bunch of high quality songs against each other. Not one of my faves, but obviously still a great song.

Wow, they really loaded up on the folk-Beatles-era ballads here, didn’t they? And I’ve been suckered right into it, haven’t I? It’s a yes from me.

I didn’t like this song very much when it first came out but it grew on me…so I’m ranking it lower because that means….these other songs….might grow on me more too?? These songs might…end up even BETTER???

This song made me dance like Jimmy Jr. in Bob’s Burgers. I like the campfire singalong vibe here. It makes me think of The Maine’s “We’ll All Be…” when it ends with everyone scream-singing together and talking to each other…just a true family feeling. I want to hear this live.

WHOA. BEATLES VIBES?? (I heard this before IWTWYAS and was very shocked) Am I really living through the experience of this album?? Is this truly happening??? Anyone who hates this band should listen to this and reevaluate exactly how much they “hate” them.

I was predisposed to being iffy on this song because Harry’s “hey angel” series of tweets were really strange out of context, but it’s a really good song. It recalls a lot of Bittersweet Symphony by The Verve. The chorus especially and the instrumental “oooooh” breaks between chorus and verse. Such a great way to open the album.

Cue the angels crying and also the devil crying and also me crying. What the heck is with these EMOTIONS that I’m feeling?! Who approved this? I gotta talk to Carol in HR, I did not sign off on this. The harmonies are something of dreams…anyone who knows me knows I have a lifelong love affair with beautiful harmonies. This song delivered everything I need.

What a feeling indeed. I was thinking Bee Gees vibes for a minute but I think it’s something else. Something a little disco-y. Again with the harmonies, they’re literally trying to kill me. But the key here is that it’s fine and I will let them kill me and I will thank them and apologize for bleeding on their shirts.

Oh my god…I honestly didn’t think something was going to surpass Never Enough. I thought there was no way the LAST TRACK would just….end the last 5 years so perfectly. I feel very ill. I feel this because those 4am conversations are the best ones you’ll ever have. But I also feel like this song perfectly describes what it’s like getting lost in a song. Anything could be happening outside and you’d never know. And your favourite song will always stay until the A.M. and help you have those revelations after you’ve reached that point of exhaustion where you lose your filter.

Harry, I’m always gonna look for your face too, and please do come back to this place, come back for us because we’re gonna be here and we’ll be waiting for y’all.